Take a Sneak Peak at the Upcoming Sequel

Hollow Knight fans have been thinking about one thing ever since the announcement on Hollow Knight: Silksong in February 2019, and that is when the game will release. Well, we still don’t fully know that but if you pick up the latest issue of Edge Magazine, #354, you will get a nice sneak peak at Team Cherry’s upcoming title. 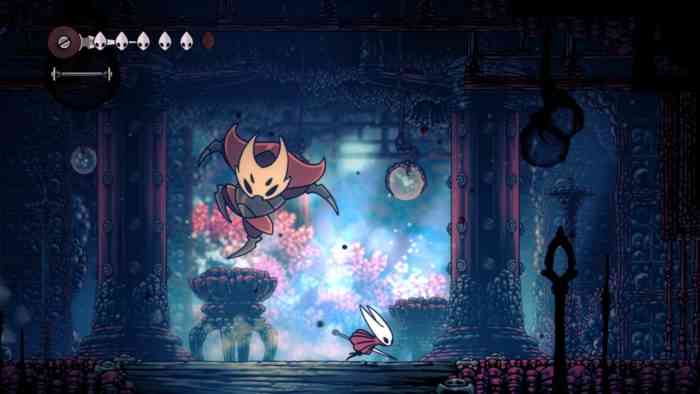 Not only will Hornet be gracing the magazine’s cover, the cover story will also include details about the gameplay and world design changes, new screenshots, and hours of interviews with Team Cherry.

“The Core of the world is mainly a reflection of Hornet: Her fighting is so fast… that it changes the way enemies need to be designed” – Abi Gibson, one of Hollow Knight’s co-creators and lead animator/artist.

Expect combat to be a lot faster with much greater mobility compared to the series’ initial title.

The two creators discuss the process of making a sequel based around a new playable character like Hornet. Due to her increased speed, mobility, and acrobatics–which you are likely familiar with if you have played Hollow Knight–the world found in the original game just doesn’t fit her move set, and so the new game’s world needed to be built around the character.

“Hornet can travel so much faster, she can jump higher, she can mantle or clamber onto ledges, she’s generally more acrobatic. So the caves around her have to expand to accommodate her height.” Gibson tells Edge magazine.

The magazine feature also shows off a plethora of never-before-seen screenshots about the game detailing new areas, enemies, character art, and a new boss, Trobbio, amongst many other details.

The Hollow Knight: Silksong story goes on for about 16 pages and is well worth the read for fans of the series. You can read the full story by purchasing Edge #354 digitally through the Apple store here.

Hollow Knight: Silksong is the upcoming sequel to the 2017 hit metroidvania, Hollow Knight. It is currently being developed for PC and Nintendo Switch.


Hollow Knight: Silksong Will Be Playable on Both PS4 & PS5