Party It up in a Virtual Times Square

Finding yourself with no plans this New Years Eve? This year is a bit different and for most people in most places, the option to go to a friend or family member’s for a New Years Eve party is out of the picture. A trip to New York City? Even more so. That being said, players can have a virtual New Years Eve party in Times Square tonight in VRChat! 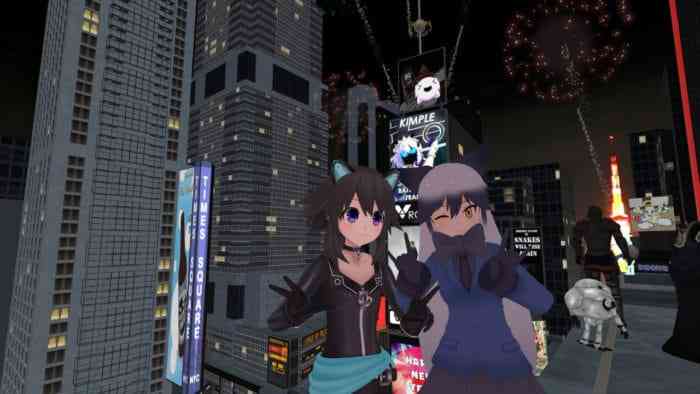 The game announced on it’s Twitter page earlier today that there will be a massive NYE party tonight in a Virtual Times Square. The party will even feature the ball drop and fireworks and can be attended by players around the world.

VRChat NYE party is live! Celebrate New Years across the globe in a Virtual Times Square with the ball drop and fireworks! Updates @vrchatnye #vrchatnye

Some internet personalities may also be making appearances throughout the day. Animator, streamer, and Game Grumps alumni Ross O’Donovan hinted at an appearance of his own earlier today.

Stop by this.. you might see some familiar faces up around the buildings 😉 https://t.co/BCi7Pt7HNg

The tweet includes a video showing off all today’s update has to offer! It might not be the same as having a real New Years Eve party surrounded by family and friends, but for those aren’t able to be with their love ones in person tonight, it could be a fun option to hangout with them virtually or to meet some strangers online who may also be in the same situation as you.