H’annit Arrives in Octopath Traveler: Champions of the Continent

Her Name is H’aanit, and She is a Huntress

Octopath Traveler was a smash hit worldwide, but more importantly, we liked it. We were thrilled when it was ported to PC, we were thrilled when a prequel was announced for iOS and Android, and we were thrilled when we learned that H’aanit was being added to that prequel just over a week after it launched. Octopath Traveler: Champions of the Continent launched October 28th. It takes place seven years before the original game and offers 60 hours of singleplayer content. And now, it features the lady huntress and her faithful feline companion. H’aanit and Linde hit the game today, bringing with them some gorgeous attack animations and top-tier voice acting. Just look at how big that snow leopard is! We wouldn’t want to be between her and a catnip mouse.

The game’s graphics and sound are amazing, easily comparable to the Switch release, so we’re happy to see the huntress in all her glory. But she’s not alone–other characters from the Switch version will accompany her. Some of the ones added to Champions of the Continent so far include Erminia, Titus, and August. Since this game allows for eight people in your party and has a cast of sixty-four playable characters, we’re certain it will see many more playable characters soon. The game’s controls have been updated, but it uses the same path actions as the original game.

At the moment, Octopath Traveler‘s mobile outing is exclusive to Japan. But there are ways around that if really love the series. Besides, given how popular the franchise is, Champions of the Continent may yet see a global release. We can always hope! 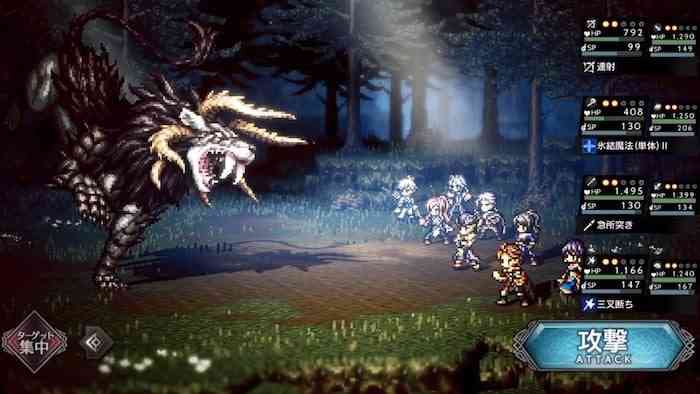 Are you ready to return to the land of Osterra? Let us know down in the comments, or hit us up on Twitter or Facebook.

Lara Croft Might Be Next Seen in a Fortnite Crossover
Next
Rockstar Games Announces Backwards Compatible Titles for Xbox Series X/S and Playstation 5
Previous
Bowser Takes Over Super Mario Bros. 35