Rune II released to great success on the Epic Games Store, but behind the scenes, several developers split away to join ZeniMax Media and Bethesda as Human Head Studios. This began an ongoing legal battle between Human Head Studios and Rune II publisher Ragnarok Game LLC, and now developers from Rune II are speaking candidly about the betrayal. The team is releasing a new edition of Rune II called the Decapitation Edition and they pull no punches in reference to Human Head Studios. Rune II is available right now for PC through the Epic Games Store, with the Steam edition releasing next month. 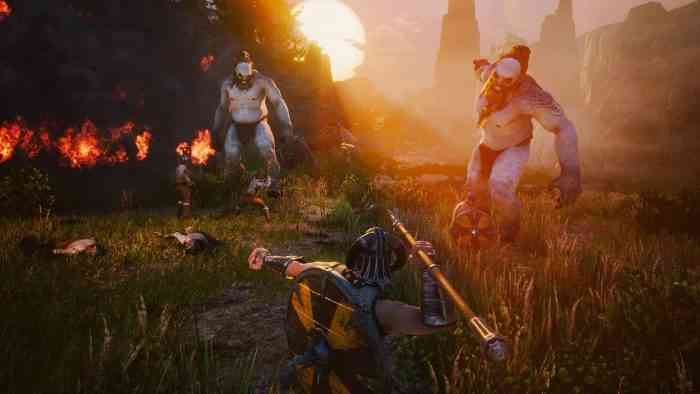 “It was like standing with your buddy, overlooking the Grand Canyon, and then the dude just pushes you right into the abyss. You’re falling to your death and you’re not even sure what happened,” said executive producer of Rune II Sam Goldberg. “To make matters worse, they held the code and assets hostage for months after launch. We were literally, physically incapable of supporting the game. In the end, we had to hire attorneys to get access to the assets and source code.”

“Our plan was to run the game for many, many years,” said executive producer of Rune II Matt Candler. “I mean, look how long Rune 1 has been out. And we envisioned that as software development and publishing goes, we would continue to update and support the game. We had a license for 10 years, and we were hoping and expecting to run the business for 10 years.”

The Steam description for Rune II: Decapitation Edition lays it all out there, stating “Abandoned and sabotaged by the original developers, Rune II was left in a state of disarray. Raised from the ashes by Studio 369, the game has now emerged for a Steam launch as a re-envisioned story of betrayal, rebirth, and revenge. Severing that old human head has freed Rune II and it is now a glorious Viking adventure.”

Are you surprised that Rune II developers are speaking so openly about legal issues? Let us know in the comments below!