According to publishers Ragnarok LLC. Rune II has sold above expectations on the Epic Games Store and developers will continue to support it despite Human Head Studios closing down. Ragnarok was shocked by the news that Human Head Studios shutdown to form Roundhouse Studios under the Bethesda umbrella but they assure Rune II fans that the team who made the game have a longstanding agreement to provide ongoing support for the game. The team is working to fix technical issues while building the team more to effectively execute their post-launch content strategy. Rune II is available exclusively for the Epic Games Store with a planned release on Steam and other PC platforms in 2020. 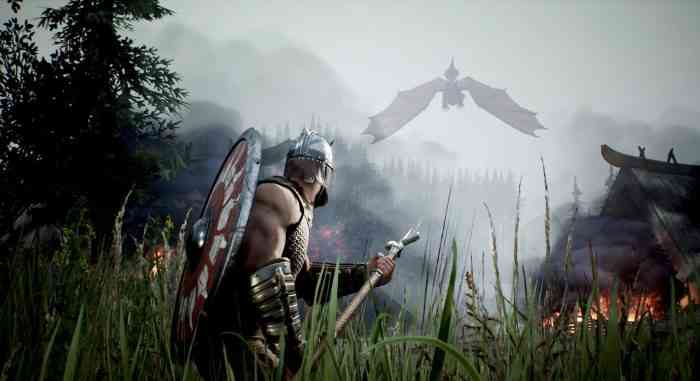 Despite the fact that Rune II just launched, Human Head Studios immediately folded to begin production on an unannounced title with Bethesda as the publisher which led many people to speculate on what they’re working on. The news from Ragnarok LLC. that the developers are still obligated to create post-launch content for the game might put a hamper on whatever projects they’ve started as Roundhouse Studios. If the studio signed an agreement to produce something they haven’t sent Ragnarok LLC, they’re legally obligated to continue working on Rune II until the agreement is fulfilled.

We’re excited to see that Rune II has been met with such success on the Epic Games Store even if it’s part of the exclusivity deal that bothers Steam fans as those fans will be receiving the Norse action RPG. Apparently several developers who worked on the game stayed alongside Ragnarok LLC. in the transition of Human Head Studios becoming Roundhouse Studios as 14 team members were listed as part of the statement.

Are you a fan of Epic Games Store exclusive Rune II or do you prefer one of the other titles? What kind of post-launch content do you expect to see from the game? Let us know in the comments below!