Level Editor Comes to What the Golf on Steam

Triband has officially released What the Golf on Steam PC, bringing with it a level editor that changes up the game in a big way. The level editor was apparently added to the game based on how many fans requested level ideas through email. The level editor will let fans create their dream mini-golf courses, resulting in nearly endless possibilities. The Steam version has released as the only complete version of the game, so this platform is now the best place to play the anti-golf game. What The Golf is available right now on iOS, PC, and Nintendo Switch. 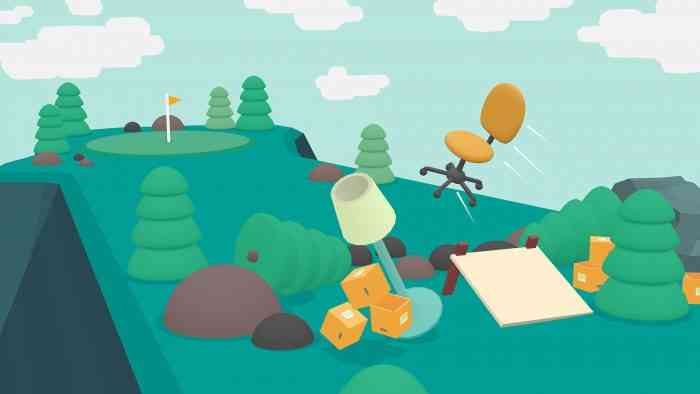 “Sporty Sports will be available on Steam, Epic, Apple Arcade, and soon all the rest,” a PR representative told us. “The same goes for all our updates. They will roll out to all platforms.” This has one exception to it, however, What the Golf on Apple Arcade won’t include Party Mode. The level editor added to What the Golf with the Steam release is in a permanent state of “early access alpha-beta preview,” according to Triband designer and co-founder Tim Garbos.

As part of Steam’s launch for What the Golf, the game has received a 30% discount this week, so fans from other platforms who want to experience it on PC can temporarily snag it on a discount for $20. The Steam version of What the Golf is now apparently the only complete edition of the game, but the Nintendo Switch version has Party Mode, while the Apple Arcade version contains the recent Sporty Sports update that included the level editor. While they can’t play Party Mode, it’s nice to see that Apple Arcade has gotten this recent feature.

Will you be editing new levels with What the Golf now that it’s on Steam? Let us know in the comments below!

Away: The Survival Series Will Bring Immersion To PlayStation 5 This Year
Next
Rune II Developers Talk Human Head Studios
Previous
Demon’s Souls is Getting a Haunting New Score