2020 has been a super big year for games coming out later than intended. Joining this illustrious pantheon is Sports Story, the Nintendo Switch sports adventure from Sidebar Games. They broke the news with a charming video update posted on Twitter. The new release window is presently up in the air. 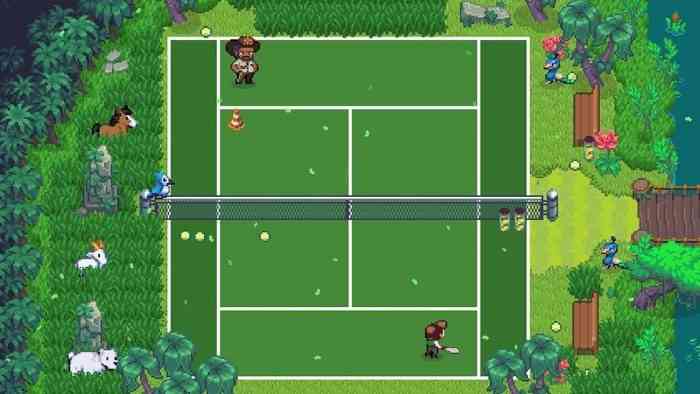 The video in question is peppered with cheeky references to upcoming features. Will there be a giant squid? What about the golf pinball machine, the secret basement stage in the hotel, or the vampires in the other, abandoned hotel? We’ll have to wait until closer to release to find out for sure. That squid business sounds like it’s on the level, though.

If you’re unfamiliar with Sports Story, it looks quite a bit like Golf Story. There’s adorable pixel art graphics, a blend of light-hearted quests and even lighter side activities,  and a whole lot of clever writing. Fans of the first game are probably going to want Sports Story on their radar. Sadly, the update video doesn’t come with a new release window. On the other hand, Nintendo did announce an indie showcase for later this week. Perhaps this parade of news will also include something more about Sports Story?