Ubisoft Nordic has officially announced that Ubisoft and Reebok have teamed up to release the perfect Assassin’s Creed Valhalla shoe. This news comes from Ubisoft Nordic’s official Twitter account, but they failed to include any shoe design or pricing/release date information, but it includes the term “VALHALLA x REEBOK” suggesting the shoe will be based on the Viking-based Assassin’s Creed rather than the franchise as a whole. Assassin’s Creed Valhalla releases on November 10th for Xbox One, Xbox Series X/S, PS4, and PC, with a PS5 version expected later. 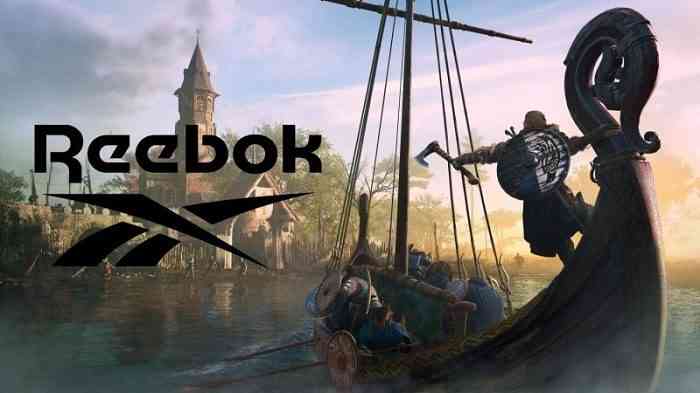 “Two legends collide to bring you ASSASSIN’S CREED VALHALLA x REEBOK,” said the official announcement tweet from Ubisoft Nordic. “Don’t miss the epic arrival.” This announcement was accompanied by a Viking hashtag, suggesting that the upcoming Reebok shoe will be based on the Viking age just like the upcoming Assassin’s Creed Valhalla. It was also joined by a short clip that included imagery from the upcoming cross-gen game which is likely the games title screen which included aurora borealis and crackling embers.

Videogame inspired shoes are nothing new, with Nintendo and Adidas recently teaming up to release Pokemon and Nike recently manufacturing Nintendo shoes, and Reebok dabbling in the Alien franchise for Alien Day earlier this year. With Assassin’s Creed Valhalla centering on the Dark Ages of Europe, it’ll be interesting to see how the time period influences the design of the shoe. Considering we don’t have a shoe design or price to look at, we’re just excited to see more of what to expect from the shoe, with the release of Valhalla coming next month.

Are you interested in Valhalla x Reebok or are you waiting for another gaming franchise to get the shoe treatment? Let us know in the comments below!

Overwatch 2 Fans Are Upset About the $20 Skins
Next
No, the Xbox Series X Isn’t Overheating
Previous
Last Chance to Grab Fanatical’s Exclusive Bundles