Get Ready to Dive Back Into Animus

It’s official: Assasin’s Creed: Valhalla is officially dropping on November 10th to coincide with the launch of the Xbox Series X and Xbox Series S, an entire week before the previously announced release date of November 17th. 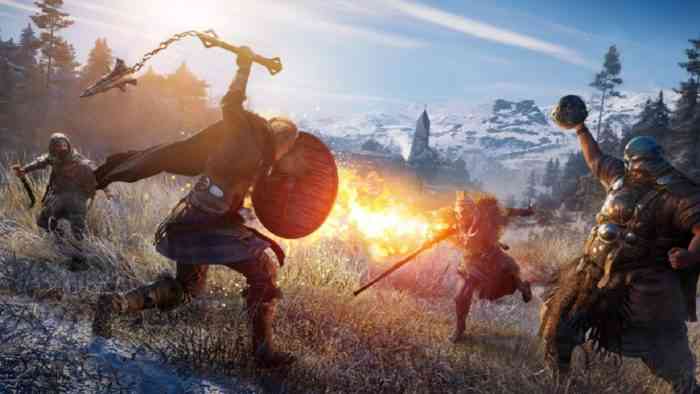 The game will also launch on Steam, the Epic Games Store, Google Stadia, and PS4 on the same day, and a PS5 version will be released to coincide with the launch.

Like most of the other games in the franchise, this game puts players in the shoes of a new assassin. This time around that assassin is Eivor, a Viking leading raids across the coasts of England. Eivor can be played as male or female, like in Assassin’s Creed: Odyssey.

Like in previous games, there’s also a modern day storyline, once again featuring returning character Layla as she explores history while trying to uncover a vast conspiracy featuring assassins, templars, and a pre-historic civilization, the Isu, who created Humanity with the help of advanced science.

With a staggering twelve games in the main series alone, plus another handful of spin-off titles, books, comics, and a movie, it can certainly be an intimidating task trying to keep on top of the series lore, but fans of the series so far have a lot to be excited for with Valhalla, with the largest variety of enemy types, new combat abilities such as a harpoon or a stun system, dual wielding, and the ability to search pagan ruins to uncover the region’s secrets and upgrade both yourself and your settlement. Valhalla seems to be doubling down on the RPG elements present in some of the previous games, and working hard to make a combat system that’s authentic to Viking lore.

Who’s your favorite Assassin’s Creed assassin? It’s Ezio, right? Tell me how wrong I am down in the comments.