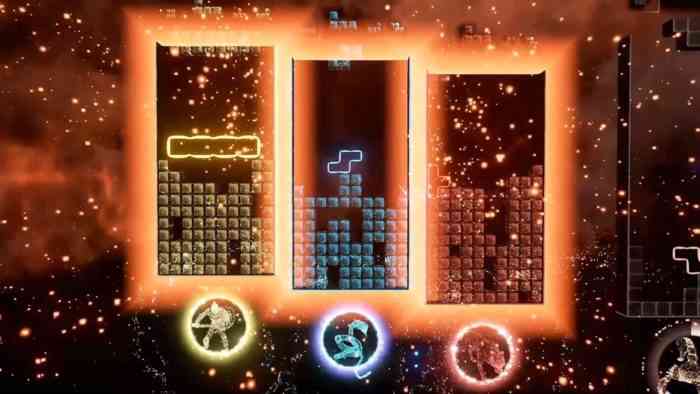 Tetris Effect: Connected offers 4K/60 FPS support on Xbox Series X and PC, providing some of the most crystal clear Tetris gameplay to date. The game includes new multiplayer modes that weren’t initially available on the original Tetris Effect such as “Zone Battle” which makes for one-on-one games featuring the Zone mechanic and “Connected” mode for three players to work together against AI bosses. The single-player gameplay offered in Tetris Effect: Connected will stretch across 30 stages, giving Tetris fans plenty of content beyond the multiplayer to enjoy.

Microsoft showed off Tetris Effect: Connected last time they did an Xbox game showcase that focused on cross-generational games that will release for both the Xbox One family of consoles and the Xbox Series duo of consoles. Fans of Tetris Effect on the PS4, PC, and Oculus will have to wait until summer of next year to play the Connected update, making Xbox the platform to play the new Tetris content on until then. While Tetris: Effect Connected is among several games being released for the launch of Xbox Series X/S, it’ll be another great acquisition for Game Pass.

Will you be playing Tetris Effect: Connected on Xbox Series X/S launch day? Let us know in the comments below!