Did you know that the signature blocks were called Tetriminos?  It is a word that, for some reason, has a scribbly, red underline and the dreaded ‘No Spelling Suggestions’ tag in the Microsoft Word document that this review is being typed up on. This obscure information is relevant because, for such an iconic IP that has spanned the many decades leading up to the Information Age, Tetris Effect is, at times, unrecognizable – a project unfazed by its own history. It is a game that feels unnervingly novel, whether you’re an expert at lining up Tetriminos or are, like me, having trouble on the Normal difficulty setting. Rather, I should say ‘were,’ because Tetris Effect acts as a launching platform for newcomers by coaxing them in with the simplicity of it all.

Do you dare try again after the eighty-ninth attempt? After all, it’s just Tetris. It is at that moment that a new adventure becomes an old companion. For the weary travelers that have survived the nearly three decades since the launch of the original, it is with the incorporation of new technologies that sets the senses alight. That expensive virtual reality display that you use for – well, not really. Until now!

A World of Blocks

The sense of immersion and undying focus that grips you until you snap out of the moment by way of a successful finish or the sound of your scream as a result of clearing thirty-five out of thirty-six lines in any given level is enough for most. What PlayStation VR offers then, is less in the way of realizing the graphical fidelity of the visual effects on-screen and more in the way of channeling your focus to super-hero levels.

The ache in my neck as I darted my gaze between which Tetriminos were coming up next and where on the field of play I could potentially place them was worth it if it meant that my reflexes were as lively as the feline equivalent of Superman. It also helped that I was aided by the new Zone mode that, with the pull of the triggers, stops the descent of blocks dead in their tracks and gave me the time to pick apart and fill multiple pockets in my ever-growing catalog of lines. 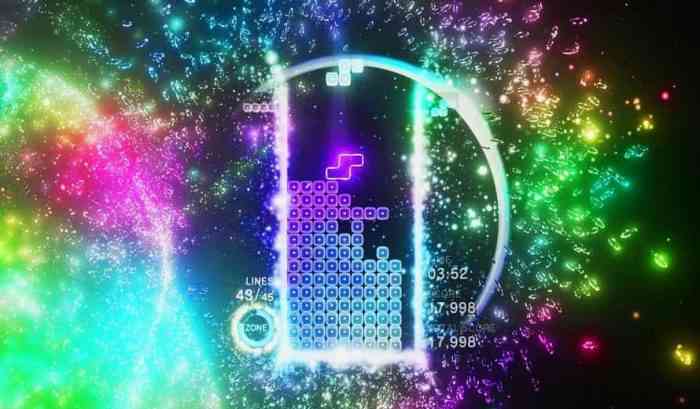 However, even with the help of the Zone mechanic and the addition of virtual reality support, some levels are simply too difficult on normal settings – and yet, this period of increased difficulty makes Tetris Effect all the more engaging. As the levels go on with the tune of eccentric beats guiding you, the drops get a little faster. Eventually, you’ll have to face a barrage of almost instant-drop blocks that goes on just long enough to bring you to the brink of elimination – assuming you had your lines in control before that point.

What this forces you to do is almost trick the game into thinking you are doing worse than you actually are by leaving single or double column gaps to fill them back-to-back at a later point. This is just one strategy I was forced to conjure up due to the way the game is designed. It continuously forced me to think in this almost sadistic manner until I had perfected the dark arts of Tetris. When you begin to realize how to solve gaps in your lines or when exactly to abuse the Zone mechanic, only then does the real fun begin.

Tetris Effect, similar to Polyphony Digital’s Gran Turismo Sport, is designed with the improvement of the player’s skill at its heart. This is further aided by the many party modes that sit alongside the 27-level Journey mode, ranging from endless sessions to sprint modes and those that focus on racking up combos. For all its glorious visuals, endless modes, and virtual reality additions, the game of Tetris needs not more than a set of reliable input methods to snatch a dozen hours from right before your eyes. Tetris Effect is a confident, yet elegant, take on the simplest game in the world and a sheer masterclass of game design, at that. 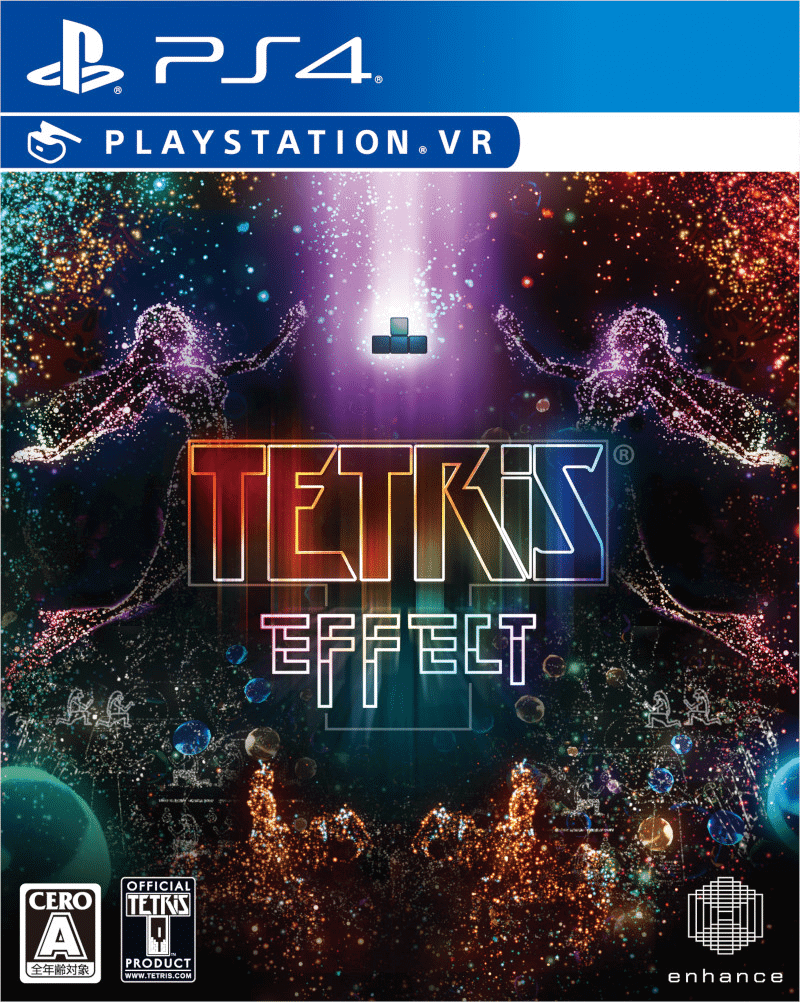