Tetris Effect has been out for four days and players have already completed the game’s first community challenge, which unlocks quite the throwback stage. 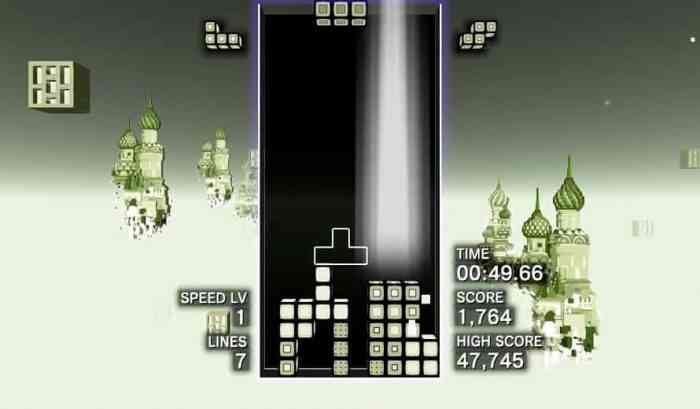 Tetris Effect has something called “Weekly Rituals” which are community goals that unlock goodies for all players once the community has collectively accumulated a certain amount of points. Over the first weekend of the game’s release, players completed the first Weekly Ritual which unlocked a Game Boy stage, resembling the aesthetic of the original Tetris for the handheld console. At first, it was only available for the weekend, but now players can unlock it permanently by reaching level 50, which, if you’ve been playing the game, know that that’s quite a feat.

Tetris Effect is available now for PS4. Be sure to check out our review of it and let us know in the comments if you’ve already unlocked the Game Boy level or will be working towards it!