Fashion is subjective. This is something you’ll have to be telling your concerned friends and family if you ever decide to dawn a pair of Nike’s new shoes. Nike and Nintendo have teamed up and collaborated in order to make a Nintendo 64 themed shoe. Called the Airmax 97’s these new kicks are hoping to capture the nostalgia of the late 90s console and repackage that as footwear. 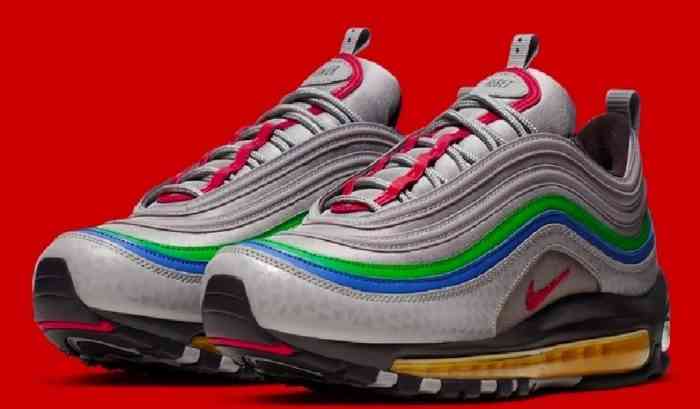 For those who want to turn heads for all the right reasons, the Airmax 97s will be available to the public in only three days on September 25th. They will only be going for the modest price of $170 (USD).

Every part of the shoe is meant to resemble the old console in one way or another. The tongue, for instance, has the words “reset” and “power” on them. The color scheme of the shoe is also meant to be the same as the bright controllers that the N64 had.

The Nintendo 64 is widely remembered as one of the better consoles by lots of 90s babies. It was bold, stunning, and for some reason, had a controller with three handles on it. The Nintendo 64 was home to tons of great games as well. Blockbuster hits like GoldenEye, Pokemon Stadium, and Mario 64 were all groundbreaking for there time. So maybe the sheer nostalgia factor can turn a profit for both Nintendo and Nike.

The choice to make an N64 shoe is odd. However, gaming-themed clothing already exists and has done half decent. Things like video game themed backpacks and t-shirts are already commonplace. So why not make a shoe? Nike and Nintendo could be on to something. Or this could just be a massive failure like Xbox scented body spray from Axe.

Legendary Star Fox Designer, Takaya Imamura Retires from Nintendo
Next
Treat Yourself To Some Epic Games & A Ton Of Accessories For Your PC At Sweet Low Prices
Previous
So Much Ys IX: Monstrum Nox Info Dropped After TGS