Developers at Darkflow Software have officially confirmed that the Xbox Series X/S will get timed exclusivity for their upcoming squad-based MMO shooter Enlisted. The MMO squad-based shooter’s “founder pack” will be available on Xbox Series X/S launch day, joining the console in early-access Game Preview. While it will eventually wind up on other platforms, Enlisted will have timed exclusivity on the next-gen Xbox. Xbox Game Pass Ultimate will bring another long list of titles to the Xbox Series X/S on day one, bridging the gap between Xbox generations. 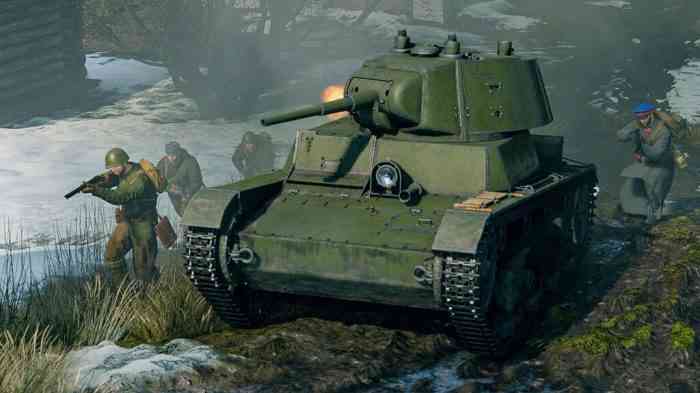 Enlisted is an MMO squad-based shooter set in World War 2 and it features authentic battlefields and battles from the war which properly simulate the scale of war. Throughout Enlisted gamers can unlock different characters who have access to a host of unique abilities. Weapons in Enlisted will apparently “have their own features and their own history.” Enlisted will also support advanced ray-tracing software called the Proprietary Ray Traced Global Illumination system which will optimize the game for the Xbox Series X.

“Enlisted utilizes the new version of Dagor engine, the one that the military online simulation game War Thunder and brutal online shooter Cuisine Royale use,” said a recent post from Darkflow Software. “The Xbox Series X version will work at 4K resolution, Xbox Series S works at 1440p, while in both cases, a stable 60 frames per second are achieved. Xbox Series X|S Game Preview players will be the first to try the Enlisted beta version that follows a couple of time-limited playtests and closed alpha testing.”

Will you be playing Enlisted on the Xbox Series X/S or waiting for it to appear on another platform? Let us know in the comments below!

Still Can’t Get an Xbox Series X? Taco Bell Has Your Back
Next
Tales from Galaxy’s Edge is the VR Star Wars Experience We Need
Previous
PUBG Season 9 Brings Map With a Volcano