COG Considers: Why Are There So Many Games About Killers With Split Personalities?

Today on COG Considers, we tackle the heavy topic of mental health. Specifically, the widely-discussed and poorly-understood diagnosis of Dissociative Identity Disorder, a controversial and highly debilitating condition that the medical and psychiatric communities are still learning about. It’s often referred to in pop culture by the catchy but medically inaccurate label of Multiple Personality Disorder, which is apparently not a real thing despite countless years of media trying to convince us otherwise. Until recently, many experts disagreed on whether or not DID was even a thing, but between new evidence coming to light and the reality that there are a lot of people who are definitely having their lives affected and disrupted by it, that seems to be changing. I am no expert on DID, but I do like to research things. Here’s what I’ve learned from a simple google search. 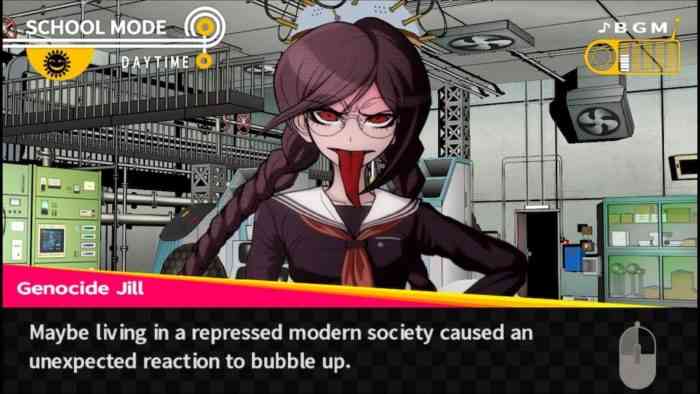 DID stems from trauma. It’s closely linked to Post-Traumatic Stress Disorder. Often, it comes from childhood abuse, a connection which has historically been challenged or ignored for several reasons–one of them being that nobody wants to face how often kids get hurt, over and over, in the worst ways, by people they should be able to trust. Brain activation studies have confirmed that separate physical states for different personalities do exist. Most importantly, DID is a real thing that happens to real people, most of whom have been the victims of horrific circumstances and are just trying to live their lives in the fallout, which makes all those horror games starring a murderous split-personality kind of awkward.

Yes, it’s a classic horror trope, but a lot of classic horror tropes make me go “Yikes!” when I look back at them now. Take Halloween. Great movie, excellent atmosphere, Michael Myers is incredibly intimidating. It’s the film that laid down the rules of the slasher genre. It also paints a really ugly picture of anyone who’s ever had a stay in a mental hospital, even though most psychiatric patients only ever pose a danger to themselves. The murderous escaped mental patient is now a mainstay of horror media, drowning out the very real horror which persists in plenty of mental health facilities to this day: the horrific and systemic mistreatment of patients whose complaints and protests will never be taken seriously. Just like that, the victims of a real life horror story become the villains of a fictional one, and the fiction drowns out the reality.

This isn’t the first time something like this has happened. Just look at the depraved homosexual archetype which is slowly being left behind by the revelation that LGBTQ+ people are, in fact, still people. Look at the predatory trans woman archetype that’s rising up to replace it. Now, remember that trans women are being murdered in real life because people are afraid of them.

Okay, so that sucks, but what does any of this have to do with the way split personalities are used in video games? It’s simple: with very few exceptions, people with DID are not dangerous to you. They’re having enough trouble holding themselves together. Got that? Good. Let’s think for a moment. When was the last time you saw a video game character with DID and they weren’t a serial killer, a murderer, or violently unstable?

Go on. Take a minute to think. I’ll wait.

Did you come up with any? I had some trouble. There’s Genocide Jill from Danganronpa, but no, she’s literally a serial killer with a huge body count even if she’s nice to the protagonists. Arkham from Devil May Cry 3 killed his wife. Rosetta and Ster of Little Red Riding Hood’s Wolf are a classic angelic child with murderously protective shadow duo. The Killer7 crew are professional assassins… probably, it’s confusing. Tira from Soul Calibur isn’t just an assassin, she’s addicted to killing. The only recent example of a character with DID who doesn’t have blood on their hands is Deadly Premonition‘s Francis York Morgan and his ‘partner’ Zach, but even then, it’s implied that something supernatural is going on. Also, spoilers for a game that came out ten years ago and its sequel, but one of them disappears at the end. Actual people with DID generally do not get to have things resolved so neatly.

Special Agent Francis York Morgan returns in #DeadlyPremonition2! His unconventional tactics include strange behavior like frequently talking to his unseen friend “Zach”, but he gets results, especially in unusual cases.

So yeah, that’s a problem. But beyond that, isn’t it just kind of boring to tell the same story over and over? Psycho already did it. Batman already did it. Fight Club already did it. Hell, Ace Attorney already did it, and even they knew they had to put a spin on things to keep people on the edge of their seats. It’s not surprising anymore. It’s not shocking. It’s barely even edgy. Even if you don’t care about the damage misrepresenting a real condition can cause, you could at least try to be more creative.

If you’re sitting on a game that features a killer with DID, think twice. Do you really need this twist? What if it was a fake-out deliberately preying on the audience’s irrational fears and this character was, you know, an actual victim? What if they were totally unrelated to the murder? Would that make for a more interesting experience? As a game developer, it’s your job to consider these possibilities before you go down this old, blood-soaked road.

If you’ve gone over everything and you really do need your murderer to be concealed within a harmless character, ask yourself if acting would be enough. Plenty of real killers pretend to be innocent. Some are so good at it they get away with murder. But what if acting just isn’t going to cut it? Consider stepping into the realm of the paranormal to bring in shapeshifting, possession, and all that fun stuff. Possession–and exorcisms–have their own cultural and mental health baggage, but it’s nothing compared to the stigma which currently surrounds DID. Also, you can get really creative with how possession manifests, the toll it might take on the victim, and how to fight it, when you get creative with how split personalities function people will throw the medical books at you. As for shapeshifting… that one’s just fun.

Do everything you possibly can to avoid retreading the same tired ground. The murderer with multiple personalities just isn’t cool anymore. It’s old, it’s boring, it’s medically inaccurate, and most importantly, it’s criminalizing a condition that real people have. People who’ve been hurt so badly they broke like a plate, and are now just trying to keep the pieces together. Leave them alone.

One last piece of information I found while writing this article? The British Journal of Psychiatry has published a recommendation that DID be moved out of the shadows and considered a mainstream psychiatric disorder. One of the reasons listed was to “prevent unnecessary direct and indirect societal costs”. In other words, a leading medical journal is worried about the way society treats those diagnosed with DID.