If you remember our review of Cloudpunk on Switch, you may recall us being a bit harsh on the poor game – probably because it, like all other futuristic noir-esque titles with ‘punk’ in their name, lives under the shadow of the upcoming Cyberpunk 2077. But you might also remember us raving about stylized graphics, an immersive atmosphere, a stellar soundtrack, and generally talking about how gorgeous the city of Nivalis is to fly around. We also noted that the game probably lost something in the transfer from PC to Switch. Well, that may or may not be the case, but you know what definitely is true? The PC version of Cloudpunk just got a major update and it looks amazing.

The aptly-named Cockpit Update brings with it a storm of tweaks, adjustments, and polish, beginning with a first-person view when driving vehicles that includes 180-degree freelook. You know what that means. Why steer your aircar in third-person when you can sit in the front seat and stare out the window while driving between skyscrapers? Cloudpunk has never been so immersive and its world has never been so hypnotizingly big.

“We were so pleased that the world we created resonated with so many people,” said Marko Dieckmann, studio head of ION LANDS. “This update will allow them to really immerse themselves in the game’s environments in a way we hope they enjoy just as much as seeing it for the first time.” 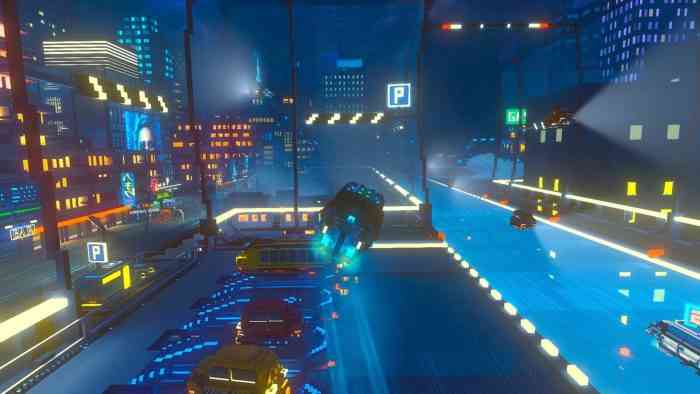 The Cockpit update also comes with interactable apartment upgrades and improvements to camera and performance. So what are you waiting for? If you’ve ever wanted to experience the nerves and thrill of flying through a cyberpunk city with slick synthwave pounding in your ears, this is the game for you.

How much do you want a flying car? Let us know down in the comments, or hit us up on Twitter or Facebook.

Shady Part of Me Did So Well They Made a New Trailer
Next
Hey What If Cyberpunk 2077 Is Bad?
Previous
Netflix Announces Live Action Assassin’s Creed Series