PAINT THE SKIN, WEAR THE RIPPINGS

That’s Krieg describing cosplay by the way. We are in a lull between the final piece of Borderlands 3 DLC in the season pass and the announcement of whatever is next for the game’s post-launch content. Sure, a seasonal event is making a comeback, but what about new stuff? Well, who knows how long we will go without new Borderlands 3 content. It may not be digital gameplay, but Gearbox has released a Borderlands 3 cosplay guide for characters from the most recent DLCs; Juno, Rose, and Krieg. 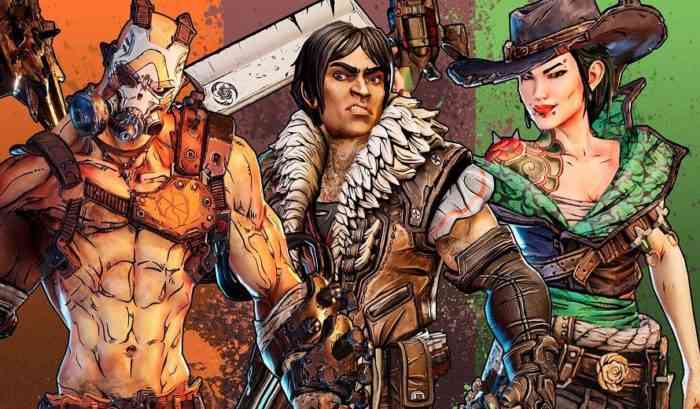 Juno and Rose are both from the third DLC, Bounty of Blood, which is considered by players to be the best of the four DLC packs. Krieg is from the fourth DLC, Psycho Krieg and the Fantastic Fustercluck, which was arguably the most anticipated DLC. Each of the cosplay guides give us a close up on all their clothes, items, patterns, and profiles. The color codes for each of their palettes are also provided. We don’t know when we will be able to see cosplayers in person at conventions, but when we can, guides like these will help them be ready.

Gearbox has released cosplay guides of other Borderlands 3 characters like the Vault Hunters Zane, Amara, FL4K, and Moze, as well as Tyreen, Troy, Moxxi, Tina, and Mordecai. Borderlands 3 is available now for PC, Stadia, PS4, and Xbox One.

Which of these new cosplay guides is your favorite? Let us know in the comments below.


Jenna Lynn Meowri’s Cosplay Is Too Beautiful To Miss

A New Tales from the Borderlands Game Is in the Works
Next
Explore a Cybernoir City’s Deepest, Darkest Secrets in Chinatown Detective Agency: Day One
Previous
Get Your Old-School RPG Kicks and Protect the Heart of the Forest in Werewolf: The Apocalypse