Get Your Old-School RPG Kicks and Protect the Heart of the Forest in Werewolf: The Apocalypse

Get Ready to Howl at the Moon 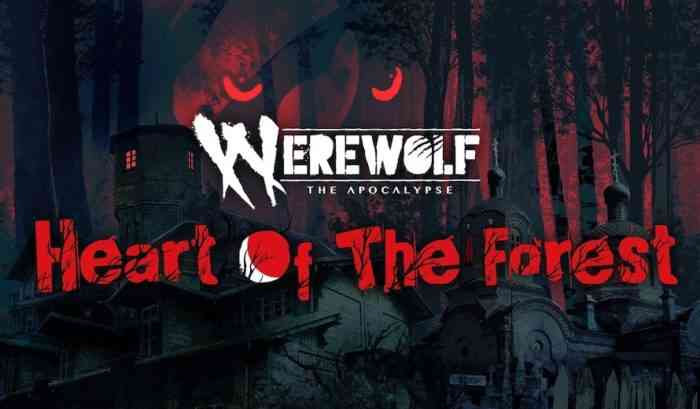 Originally released in 1992 as a tabletop RPG, the Werewolf: The Apocalypse franchise has players take on the role of Garou – Werewolves dedicated to preventing an impending apocalypse caused by human decadence and the forces of evil. Spawning a series of books, card games, multiple tabletop expansions, and 2 aborted video game spin-offs, the Werewolf: The Apocalypse series has been waiting in the shadows, but now it seems a full moon has risen – giving the franchise a chance to step into the light.

With tabletop gaming experiencing a modern renaissance, and the much anticipated Cyberpunk 2077 raising the profile of tabletop adaptations, Werewolf: The Apocalypse – Heart of the Forest is releasing at just the right time. Developers Different Tales and Walkabout Games announced their story-focused horror game will be released on October 13th on Steam, GOG.com, and Geforce Now. Werewolf: The Apocalypse – Heart of the Forest is staying true to its tabletop origins, offering a dense narrative with 5 unique endings. Even more intriguing, the developers claim there will be more than 200,000 paths through the game – so if you don’t like the ending you got then there is going to be some replay value.

The game focuses on Maia, a young woman who travels to Poland to discover her roots but ends up becoming a part of an ancient war between the Werewolves and the forces of evil. A key game mechanic will see players managing Maia’s rage, and depending on their choices her perspective will change to give glimpses of content that would be invisible on other play-throughs. This story-based approach promises a thoughtful experience for fans and newcomers alike, with the game tracking your decisions to determine what kind of werewolf you want to be.

Werewolf: The Apocalypse is releasing at a time when global concerns about the environment are at an all time high. The human impact on nature has been a core part of the series DNA since 1992, and this instalment is no different, with the action taking place in Poland’s Bialowieza Forest, the last primal wilderness in Europe in which activists won a 2016-17 battle against commercial logging companies to put a stop to deforestation. Of course, if you want to experience a more visceral battle to protect the environment, you can always check out the upcoming Werewolf: The Apocalypse – Earthblood 3rd person action – set to be released on current and next-gen consoles in February 2021.

Does this announcement have you howling for more? Let us know in the comments below!