Your First Day as a Futuristic PI Looks Grim But Gorgeous

The free demo of Chinatown Detective Agency has dropped, and it looks stunning. Beautiful pixel art, slick character designs, and stunningly rendered tableaus taken straight from the art of Ricardo Juchem make it easy to lose yourself in the neon lights of Singapore, 2032. Players take on the role of Amira Dharma, a former INTERPOL agent turned rookie PI. But this game doesn’t just let you play a detective–it wants you to become one. To solve cases, Chinatown Detective Agency wants you to help Amira by conducting your own investigation. Manage your detective agency in Lion City, travel the globe, do real-world research, unravel a conspiracy, and dig up the secrets of your clients. They must have something to hide. In this game, everyone does.

Amira’s world is wonderfully realized with a moody electronic soundtrack, full voice acting, and the kind of deliciously melodramatic internal monologues noir fans crave. Fluid animation, detailed futuristic landscapes, and action-packed environments create a vision of the future we definitely want to see more of. Produced by indie development studio General Interactive and inspired by the classic Carmen Sandiego games, Chinatown Detective Agency: Day One will follow Amira through her first day on the job. She’ll take on one of three first clients, travel to breath-taking locations, and pick a side in a city-spanning conflict.

Even in the prologue of the story, Amira’s decisions could help the city get back on its feet… or send it spiraling into disaster. The choice is yours. Either way, the cases will be fascinating and the ride amazing to witness. And who knows? You might just learn a few things about the real world while you’re at it. 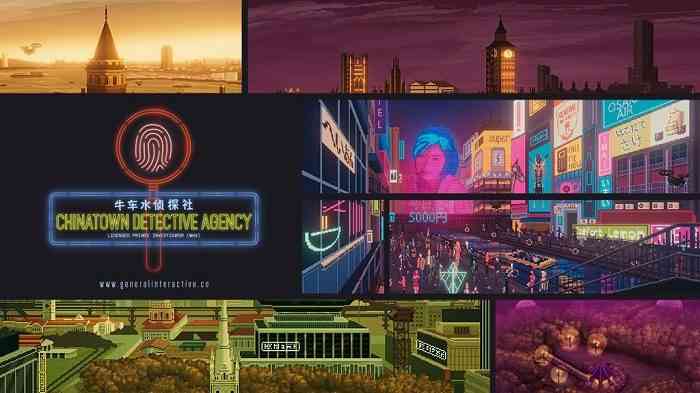 The Fixer, the Kingmaker, and the Reformer all want your help. Who would you side with? Let us know down in the comments, or hit us up on Twitter or Facebook.