Popular musician Post Malone is bridging the gap between music and gaming with a recent investment into Texas eSports company, Envy Gaming. Post Malone grew up in Texas and the state holds a special place in his heart, now he’ll be intrinsically linked with the state through Envy Gaming. Post Malone’s undisclosed equity stake in Envy Gaming is apparently enough to make him part owner of Dallas Empire, suggesting a large sum. Envy Gaming covers an extensive list of games, including Super Smash Bros., Counter-Strike, Rocket League, Valorant, and Overwatch to name a few. 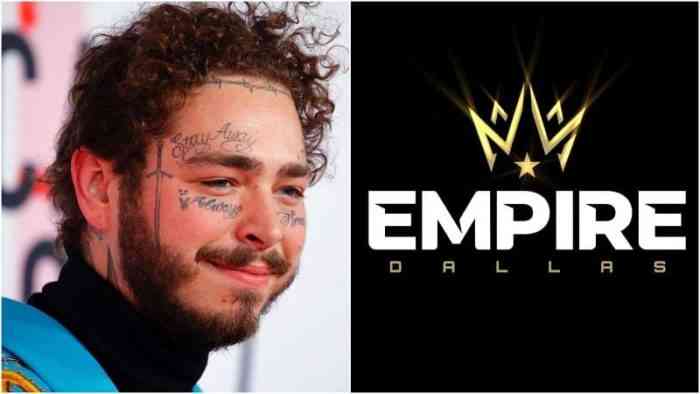 “Happy to announce I’m now part-owner of Dallas Empire,” said Post Malone in a recent Twitter post. “Let’s take this throne and win these playoffs.” Envy Gaming CEO Adam Rymer also chimed in, saying “Post Malone is a cultural icon who brings a massive fan following to everything that he does, whether it’s music, entertainment or gaming.” While we don’t expect to see Post Malone join Envy Gaming’s pro team, anything is possible and we hope to see more performance artists getting into the gaming industry.

In a recent statement, Post Malone also said, “I grew up in Texas and I’ve been gaming my whole life, so this just really felt right. “I have always wanted to be a part of bringing gaming into the professional sports world, so to be involved with what Envy is doing in my hometown feels like such a perfect fit.” Envy Gaming founder and chief gaming officer Mike Rufail has been friends with Post Malone for some time and they both bonded over a mutual admiration for the Dallas Cowboys and gaming.

“I first met Post at Posty Fest in Arlington last November,” said Mike Rufail. “We had a very real chat about his love for video games. He’s a genuine gamer who brings a lot of effort and personality into everything he does. I couldn’t be happier to have him invest and build with us.”

Are you a Post Malone fan? Let us know in the comments below!