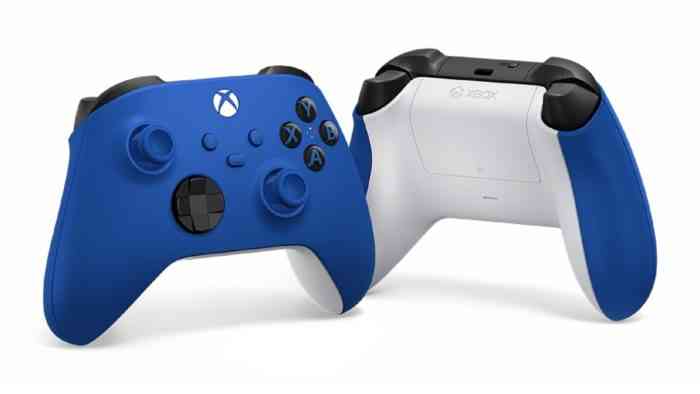 “Clean and simple. Still iconic. Video game, the Xbox Wireless Controller in Shock Blue is a stunner optimized for next-gen gameplay,” said the recent Twitter from the official Xbox Twitter account. The Xbox Series X/S controller so far comes in two colours: Carbon Black and Robot White, which will complement the corresponding colours of the next-gen console, or brilliantly contrast the console you went for. The combination of black and white in the Shock Blue controller call back to the other controllers confirmed for the launch of the Xbox Series X/S.

PlayStation hasn’t confirmed three controller options for their fans to purchase day one, making Xbox the ideal platform of choice for people who like their colour options. Black and white get a bit basic after years of being base console pack-ins, the release of Shock Blue for Xbox Series X/S launch day gives gamers the option to get something more inventive day one. Xbox One controllers are forwards compatible with the Xbox Series X/S too, making the colour options literally endless through the Xbox Design Lab.

Will you be getting a Shock Blue controller when the Xbox Series X/S releases? Let us know in the comments below!
SOURCE