Get Ready for the Oddest Franchise You’ll Ever Love

It’s official- the remake of the beloved platformer Abe’s Oddysee is coming to the Nintendo Switch in October.

For those of you who aren’t in the know, Abe’s Oddysee is the first game in the Oddworld series- all of which take place in the titular Oddworld, where danger lurks around every corner and the only thing stranger than the planet is its inhabitants. 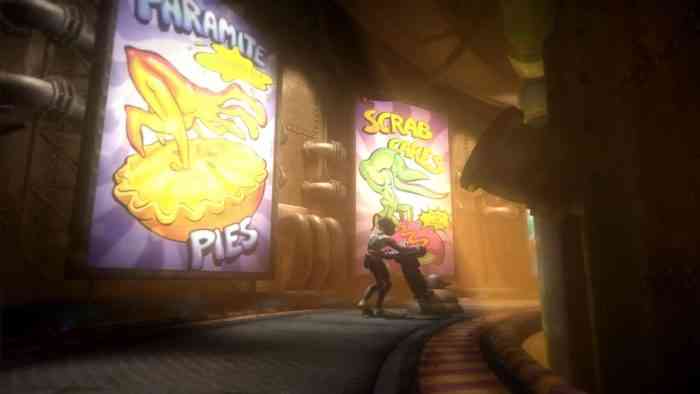 Abe’s Oddysee puts you in the shoes of Abe, part of a slave race called Mudokons. Abe works in Rupture Farms, a meat processing plant owned by Molluk the Glukkon. After finding out that the Glukkon’s will soon be debuting a new product- Mudokon Pops- Abe makes a break for freedom, rescuing every Mudokon he can.

When describing Abe’s Oddysee the words “Punishingly Difficult” come to mind. There are 99 mudokons throughout the environments to rescue, which is done by guiding them using in-game voice commands. The problem is they’re not as agile as Abe and so trying to bring a group through a minefield or past a gun-wielding slig can easily get them killed. New ‘n’ Tasty ups this to 300 mudokons, 150 of which need to be rescued to get the good ending. Add to that some of the most frustrating – if entertaining – platforming you’ve ever seen, and an exceptionally dark storyline for a genre dominated by a plumber who’s inexplicably dating a princess who keeps getting kidnapped and you have the recipe for something great.

Also on the menu is Oddworld: Soulstorm, a remake of Abe’s Oddysee’s sequel, Abe’s Exoddus. Sadly, we haven’t had a release date yet, but you can expect the same hilariously over the top death scenes and hair-pulling platforming the original provided.

Will you be making your first visit to Oddworld, or have you already been? Would you rather fight a Scrab or a Paramite? Let us know down in the comments.