Oddworld Inhabitants’ long awaited remake of Oddworld: Abe’s Exoddus came out earlier this year. It launched on PC, PS4, PS5 exclusively, but we were told it would also come to Xbox at some point.

Earlier today, Microids announced that Oddworld: Soulstorm Enhanced Edition would be out on all current supporting platforms by the end of November, including Xbox and Epic Games Store. The Collector’s Edition is also going to be made available for Xbox One and Xbox Series X|S. Pre-orders can be placed starting today. 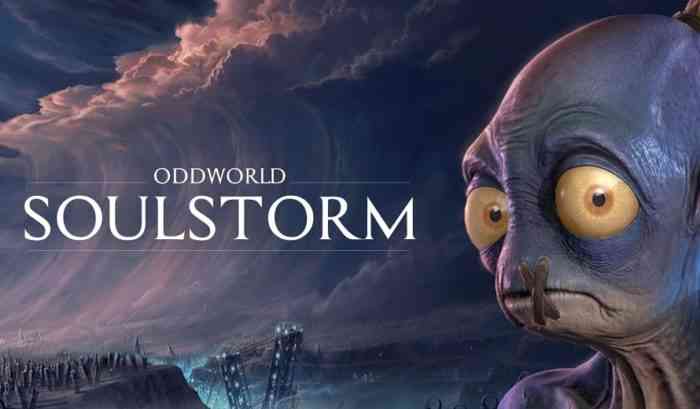 You can check out the contents of the Collector’s Edition in one of our earlier posts. It is the same as the PlayStation version. The Enhanced Edition will apparently contain a “new game mode” called Vykkers Labs, which will add challenge rooms to the game. It is assumed that the current PlayStation and PC versions will get a free update for Vykkers Labs.

Unfortunately, there are no concrete release dates for the digital Enhanced Edition or the physical Collector’s Edition or Day One Edition for Xbox consoles. Just know that it will be out “by the end of November”.

If you need an opinion on Oddworld: Soulstorm before you commit to a purchase, be sure to give our review a look. Hopefully, the remaking of the Oddworld series will keep chugging along for fans of the original series. After all the remakes and remasters, there is proof that there is room in today’s gaming landscape for more Oddworld.

Oddworld: Soulstorm is available now for PC, PS4, and PS5, and will be out for Xbox One and Xbox Series X|S in November.

Did you play Soulstorm already or are you waiting for an Xbox release? Let us know in the comments below.