To the surprise of only a few people, Jack Black will be appearing in the upcoming glow-up of the first two Tony Hawk games. A few months ago, Jack Black got a preview of Tony Hawk’s Pro Skater 1 + 2 on his gaming channel JablinksiGames, where he and his sons hung out with Tony Hawk and a bunch of the skaters from the games. Tony Hawk and Jack Black are friends, so it kind of made sense that he get a preview of the upcoming game, but apparently he will also be added to the game’s skater-lineup. 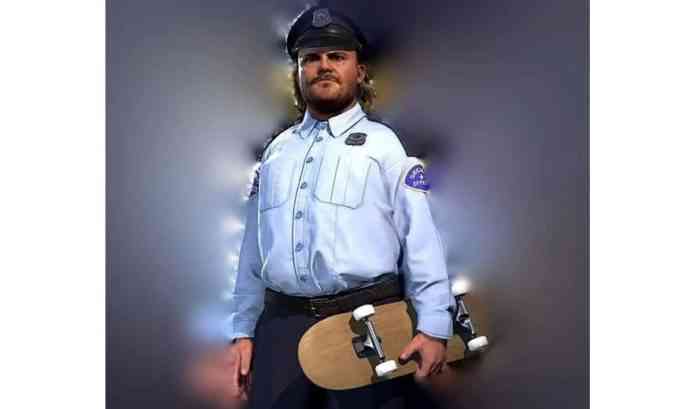 For a while, we knew that there would be newer skaters added to the game that were not in the originals such as Lizzie Armanto, Leo Baker, Leticia Bufoni, Riley Hawk, Nyjah Huston, Tyshawn Jones, Aori Nishimura, and Shane O’Neill. Add Jack Black to that list. Or maybe not actually. Jack Black’s likeness will be in the game. He will apparently be a reskinned Officer Dick, who has appeared in a bunch of THPS games. Officer Dick will be playable, but now he looks like Jack Black.

Of course, this is not the first time Jack Black has appeared in a video game. He reprised his role from King Kong for the video game, he played Eddie Riggs in Brutal Legend, R.L. Stine and Slappy the Dummy in Goosebumps: Night of Scares, and he will be appearing in Psychonauts 2. Tony Hawk’s Pro Skater 1 + 2 will be coming out on September 4th for PC, PS4, and Xbox One.

Are you going to play as Jack Black when the game comes out? Let us know in the comments below.