Sony has officially released a portable air conditioner known as the Reon Pocket, which will help gamers stay cool during the Summer heat. The air conditioner is a small white box that fits into the back of a custom t-shirt to vent hot air out and away from the body. Sony promises that Reon Pocket will cool the wearer’s body temperature down by upwards of 23 degrees Fahrenheit. The portable air conditioner also has an iOS and Android companion app to allow the wearers to adjust the temperature easily. So far the device is only selling in Japan for $120 on Sony’s official site or $160 through Amazon, but temperature control is a universal thing so other markets may get it soon. 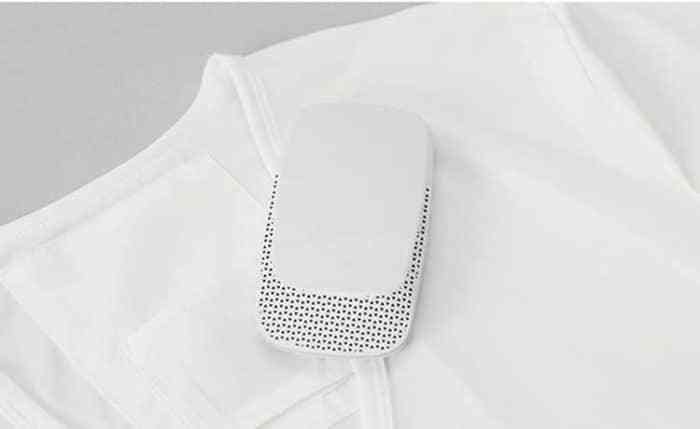 While Sony is at work on the PlayStation 5 console that launches later this year, the Reon Pocket will help the company move units through the summer. The portable air conditioner would likely be a great addition to PSVR if the games can be made to utilize the device to adjust temperatures to mimic the game environment. Although this device has an automatic mode that utilizes temperature and motion sensors, the iOS and Android app makes it easier for Reon Pocket owners to adjust their temperatures as they beat the Summer heat with a futuristic device.

The internal battery of the Reon Pocket will last two to four hours, depending on how much power it’s using, so Sony fans can’t just keep themselves cool all day using the portable air conditioner. The devices was revealed last year and despite the limitations of COVID-19, Sony has officially released it in Japan, their home of operation. The Reon Pocket will run Sony fans $120-$160 but the t-shirt that it fits inside of sells separately for only $20.

Would you like to see Sony release the Reon Pocket in your region? Let us know in the comments below!