Xbox One Battletoads Rated in Brazil

Battletoads May Be Returning to Xbox One Sooner Than You Think

Ahead of an upcoming Xbox games showcase, an imminent release of Battletoads for the Xbox One may have been hinted at by a Brazil rating board. The Brazil rating board confirmed that Battletoads will be coming out this year and that it’s coming to Xbox One and PC, with a recommended teen rating. No information for the upcoming Battletoads has been released by Rare or Microsoft in almost a year but they may drop a release date as part of the July 23rd games showcase if this recent rating is any sort of hint. The original Battletoads is available through the Rare Replay which is part of the extensive Game Pass lineup and it’s on the Xbox One and PC. 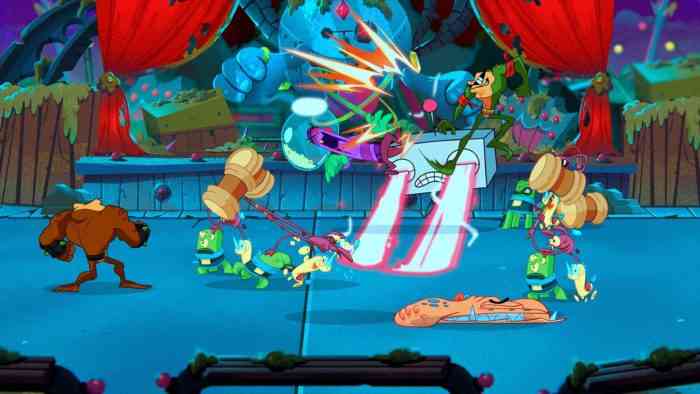 An eagle eyed Twitter user known as Gematsu was the first to reveal Brazil’s rating for Battletoads when he stated, “Battletoads (Xbox One, PC), which we haven’t seen anything from since August 2019, was rated in Brazil today.” While Gematsu isn’t a well known leaker, the information they provided with their links to Brazil’s rating board is legitimate. So far, Xbox and Microsoft haven’t confirmed whether or not Battletoads will be releasing this year and Rare likely has new footage to share during the July 23rd Xbox games showcase.

Considering Brazil’s recommended teen rating for the upcoming Battletoads game, it’s likely that the latest installment will continue the series’ gross nature and themes, with cartoon violence to boot. It’s possible that the long wait for the new Battletoads is connected to the Xbox Series X coming later this year and Rare may be planning yet another Smart Delivery title on the next-gen Xbox. Battletoads is expected to release with day one on Game Pass as it’s an Xbox Game Studios title.

Are you looking forward to Rare’s Battletoads sequel? Let us know in the comments below!