Yep, Battletoads is Officially Returning on Xbox One

No one can deny Microsoft’s E3 2018 briefing was jammed to the brim with games. But one of the bigger surprising announcements came late in the conference when a brand-new Battletoads game was announced.

You can see the teaser trailer below. It doesn’t reveal any actual gameplay but it does lay out some of the features we can expect when it’s released next year. Features such as body morphing genre mash-ups, three-player couch co-op, 4K hand-drawn 2.5D graphics, plus “broad non-specific feature declarations.” Yes, two out of those four features are fake. Can you guess which ones?

The game looks to be simply titled Battletoads but it could be tentative for now. It’ll most likely release on Xbox One as well as Windows PC.

A new Battletoads has been rumoured about for many years now. In 2014, Microsoft renewed the Battletoads trademark, then Phil Spencer wore a t-shirt emblazoned with the series logo in January 2016, then there’s the character Rash showing up in Killer Instinct Season 3 and then the trio making an appearance in Shovel Knight on Xbox One. 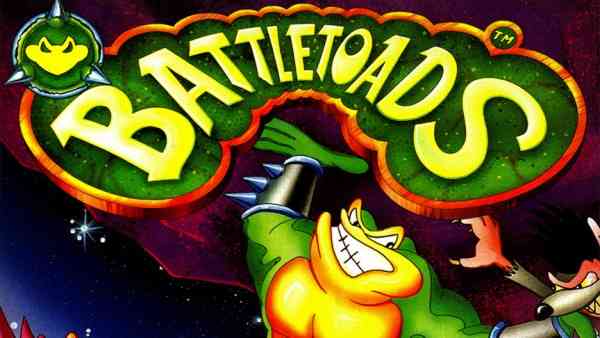 The series was originally made by Rare whose most recent game, Sea of Thieves, released on Xbox One/PC in March. Could they be responsible for this updated new entry or is a new passionate developer taking the reigns?

It’ll probably be some time before we hear about it again, so let the speculation begin in our comments below.