Fable Got a Brief Teaser During the Xbox Game Showcase

Playground Games joined several other developers on the recent Xbox game showcase to unveil their Xbox Series X title, Fable. Although the brief trailer didn’t confirm whether this is a reboot or a re-imagining, it did include familiar voice overs, a fantastical art design and the humor that Fable fans know and love. The reveal trailer focused on a fairy flying through a lush forest before being eaten by a hungry frog. This Fable title is apparently a new beginning for the series, but Xbox fans weren’t given much concrete info about the latest entry in the Fable series. Fable will be coming to the Xbox Series X and PC and it will wind up on Game Pass when it eventually releases. 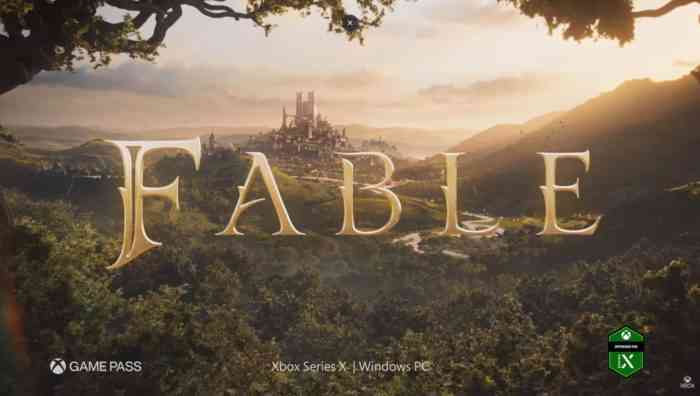 Both a large magical forest and a giant castle city were teased during Playground Games’ brief reveal trailer for Fable but neither of the locations were explored too heavily. Since no launch window was revealed for Fable, it’s likely that it won’t release for another year or two, but Fable fans have been itching for another experience since Fable Legends was cancelled and Fable Heroes was so underwhelming. Because every title on the Xbox game showcase was confirmed for Game Pass, this Fable title will eventually wind up on the subscription service when it releases.

When Fable Legends was cancelled back in 2016, many Xbox fans were disappointed, but this teaser trailer for Fable may peak their interest. The high fidelity visuals breathe new life into the dormant franchise and the reveal trailer is packed with themes and humor familiar to the series. The latest Fable title was teased on Twitter ahead of this announcement, but Microsoft claimed that it was just a placeholder. Apparently the announcement for Fable has confirmed the leak, so it’s possible a new Perfect Dark title is in the works at Xbox Game Studios as well.

Will you be getting Fable when it releases? Let us know in the comments!