Earlier this year, we heard rumors that Playground Games would dive into another genre with their new project. Nobody knew (or knows) what it is, which started the rumors of Fable development. Microsoft has since acquired the critically acclaimed studio, and the top heads said their new project wouldn’t be possible without the acquisition.

Playground Games joined Microsoft’s first-party studios alongside Ninja Theory, Undead Labs, and Compulsion Games at E3 2018. After years spent on the Forza Horizon series, they’ve decided to dip their toes in the realm of RPGs. According to EDGE Magazine (Christmas 2018, issue 326), the undisclosed project was a huge factor in Playground’s decision to join the video game juggernaut.

“[It] definitely influenced our decision, and Xbox’s decision, to take this step together,” said Ralph Fulton, Chief Creative Officer at Playground Games. “It wouldn’t take a genius to work out that they were both with Xbox. The amount of content we’re going to be bringing to the family was a crucial factor, there.”

“We felt we’d achieved success in racing, and wanted to continue that – we love the genre,” added Gavin Raeburn, Studio Director. “But we felt that if we wanted to really make a milestone for the studio, we should look for success in a different genre as well. Again it made sense to partner with Microsoft, and they were really supportive.” 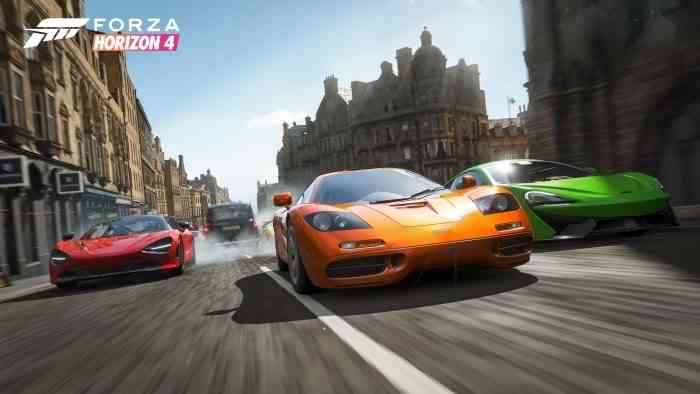 Fulton then talked about his second team’s exodus to another office space, which he joked is a five-minute walk. The wrinkle of two different workspaces, the chief creative officer says, is that devs team members can no longer shed ideas. A lesser-known aspect of video game development, many devs share ideas during casual and mundane meetings in the studio. Playground Games has lost that ease of access between teams. On the bright side, there are new conveniences to working under the Microsoft banner.

“We could talk to other studios, but it had to be filtered, you had to go through certain channels,” Fulton continued. “If we wanted to find out about new technology or initiatives that were coming through, there was a time and a place for that to happen, and it was usually just behind the curve. Now that we’re a first party studio, I can pick up the phone and dial out to 343 Studios, The Coalition, Ninja Theory – we can start talking about technology, tools, all of those conversations are easy to have.

“And hopefully, we can get involved with future planning for consoles and other initiatives. Even though not a great deal of time has passed since the acquisition – just before E3, end of May – there are already things we’ve had disclosed to us that we didn’t know.”

Check back for more updates on Playground Games and Microsoft’s studios.