The Civilization Series isn’t one you can play casually. I’ve tried, but after loading the game I invariably end up spending an entire evening building mo society from the ground up. Under the right circumstances, it’s possible for one game to last for over ten years, and with the sheer amount of civilizations to conquer (or play as), punishingly intricate gameplay mechanics, and the constant addition of new features and civilizations, it’s not hard to see why. 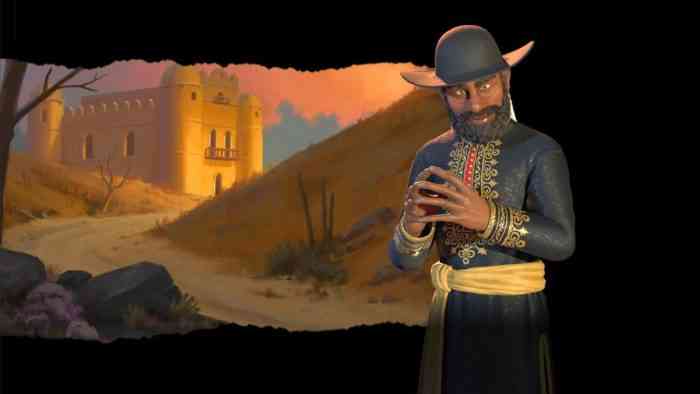 Led by Menelik II, Ethiopia is a cultural and religious focused Civ. His Unique Ability is Aksumite Legacy, letting his cities earn extra faith from resources, which is further boosted when the cities trade with other cities rich in resources. Complimenting this is his unique improvement the Rock-Hewn Church, which can only be built on hills and volcanic soil but earns additional faith from adjacent hills and mountains. Once flight has been researched, they also produce a boost in tourism. His additional ability, Council of Ministers, gives cities a boost in science and culture when founded on hills.

The DLC also brings a new optional game mode, Secret Societies, which adds four secret societies to the game. These societies are well-hidden in places like barbarian outposts, natural wonders, and city-states, and discovering a society will give you a unique governor and an improved relationship with other civs that are members of the same society- but be warned, civilizations that are members of other societies will dislike you as soon as they’re made aware of your affiliation, which is bad news if you have a particularly nuke-happy Gandhi in the game.

What do you think of the new addition? Ready for one more turn? Let us know in the comments, or get in touch on Twitter or Facebook.