I Want a Jack Sparrow Javelin

I would say that 2019’s Anthem was so last year, but it never really got the traction to ever be what it intended. Its failure was as colossal as its ambition and there have been numerous attempts to make it the AAA experience it set out to be, but nothing has worked. BioWare’s latest plan is Anthem 2.0, not Anthem 2 though. Earlier this month, Studio Director Christian Dailey showed off some concept art for a new faction. It looks like a pirate made a baby with a Javelin, and I guess its supposed to, because the answer to this Anthem puzzle is apparently pirates. 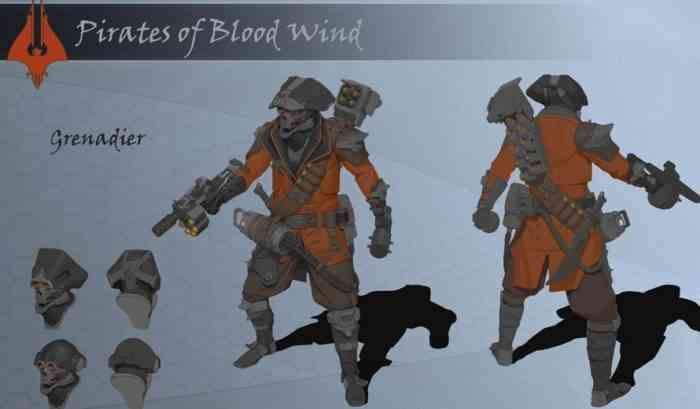 It is unclear what the scope of this 2.0 update will be and just how much it will lean on pirates. Last week, more art was released, but it had less to do with pirates and more to do with general scenery. It looks beautiful, to be honest, but beautiful does not necessarily make for a successful game. The latest word from Dailey said that an update blog was finished and that we can expect to see it in the next few weeks. Hopefully then we can get a better idea of what Anthem 2.0 is really all about and if that is what we should be calling it.

Lots of good discussion around our Pirate friends and new factions. We want to share more on factions and the part they play in the future. One common question though is “where do the Pirates live?” Here of course …. Happy Friday all. pic.twitter.com/dhfFvNXGdy

The whole pirates thing might make you skeptical; I know that I am, but remember the success of Pirate of the Caribbean. I though that would be this one-off movie, but now the franchise has become so successful that they’ve started not caring about quality, so pirates may really be the moneymaker. There is currently no word on when we can expect the latest Anthem overhaul, but you can check out what BioWare is also thinking about for this game. Anthem is available for PC, PS4, and Xbox One.

Do you have hope or at least tempered expectations for Anthem? Let us know in the comments below.

Star Wars Jedi: Survivor May Have March 2023 Release Date
Next
Source Code For Nintendo 64 and Major Games Have Been Hacked
Previous
Cosmetics for Apex Legends Steam Version Shown Off