Apex Legends, what once marred the face of Fortnite as the most popular battle royale, will be coming to Steam soon. This is part of a bigger collaboration between Steam and EA to bring EA titles onto the platform, which Steam users are generally happy about. As big a success Apex Legends has been for EA and Respawn, they want to have a slightly bigger entrance than just a simple port. In celebration of the extension to Steam, Respawn has worked with Valve to create some gun-charms connecting the worlds. 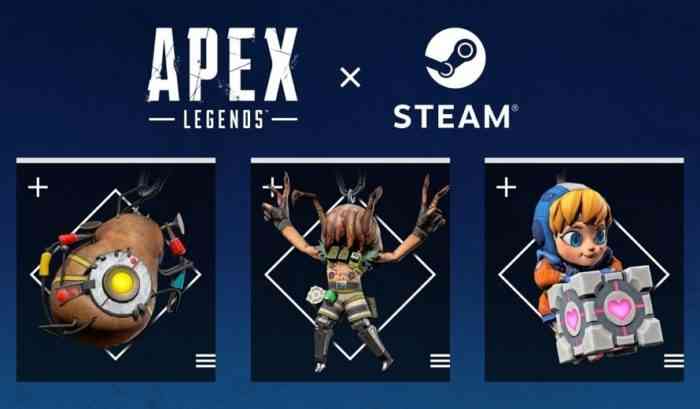 In this month’s Apex Devstream, we got a look at these gun-charms, among other things. The charms are inspired by two of Valve’s biggest successes; the Portal series and Half-Life series, mashed up with Apex Legends. The first charm is of GLaDOS in her potato form. The second is Octane as a Headcrab zombie. He has the body of Octane, hands raised in peace signs with giant fingers. The last charm is of a chibi-Wattson holding a Companion Cube. These are really cool, but there is such a rich catalog of classic Valve games to pull inspiration from, it is a little disappointing that there aren’t more.

It might be a good thing that there are only three Valve/Apex gun-charms though, since these cosmetics are exclusive to Steam users. This means console users will be out of luck for these. There is no set release date for Apex Legends on Steam yet, but it would make sense for its release to coincide with the beginning of season 7, since a mid-season premier would not really make sense. Apex Legends is available on PC, Xbox One, PS4, and Nintendo Switch.

Will you be playing Apex Legends on Steam? Let us know in the comments below.

Fatal Fury/ Garou Returning After 20 Years and New King of Fighters DLC
Next
BioWare’s Big Plan for Anthem 2.0 Is Pirates
Previous
10 Awesome Games on Sale That Will Tide you Over Until Next Gen