Nothing says summer like a bunch of beautiful, brightly-colored athletes tossing a disc back and forth. Windjammers 2 is coming to spice up our summers once again, and sooner than you’d think. The game is getting a Steam demo from tomorrow till the 22nd of June! The dancing disc is upon us once more! 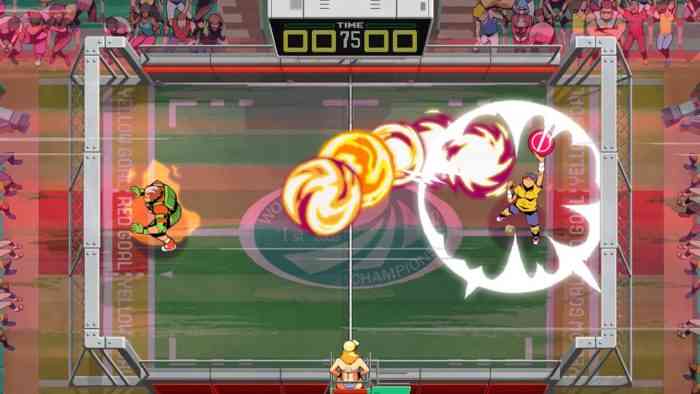 For the uninitiated, Windjammers is a long-lost, recently revived Neo Geo gem about extreme disc sports. The entire thing feels incredibly, acutely 90’s, a sort of extreme sports homage pulled directly from the decade in question. You can play the first one right this second, and the second one is coming sometime soon. Or you can check out the demo tomorrow!

Said demo is just one small part of Steam’s summer games festival, running from the 16th to the 22nd. We can expect tons more announcements, streams, demos, and other tidbits for the festival’s duration. Between this event, IGN’s extended coverage, and EA Play on the 18th, this is going to be a very busy week for gaming news. You can check out the short Windjammers 2 demo trailer below. Once the game is actually released, it’s coming to PC, Stadia, and the Nintendo Switch.

The Steam Game Festival Has Begun, Runs Until Feb. 9