It would be very easy to descend into the bottomless pit of furry jokes that this game might lob at us, but let’s take the harder path and try to stay above all that. So, during the PS5 event last week, a bunch of high profile, AAA titles were announced, as well as some smaller indie games. Goodbye Volcano High is one of those indie games, and boy howdy is it indie. It hits nearly every target that a hallmark indie game goes for; it focuses on relationship-based narrative, it features a marginalized main character, it has an alternative art style (hand drawn), it features a folk-y guitar soundtrack, and it is set in a human world occupied by characters that are not human and does not bother to answer why. This might be the most indie game of all time. 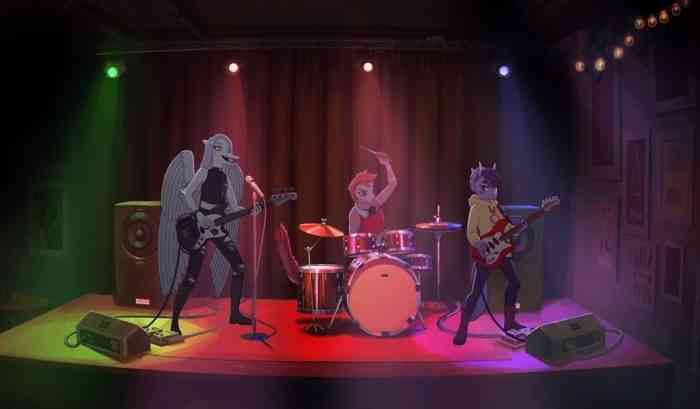 The game’s main character is Fang; a non-binary, gothic pterodactyl, which is a phrase that I never thought I’d ever say. Fang is in part of a band called VVorm Drama with their friend Trish; a triceratops, and Fang’s brother Naser; a floral-shirt-wearing pterodactyl. Together, they and their friends will explore their final year of high school, which many of us know is a challenge in and of itself.

Have you every seen a more indie game? Let us know in the comments below.

Assassin’s Creed Valhalla DLC Wrath of the Druids Will Launch Tomorrow
Next
The Final Remnant: From the Ashes DLC Is Coming Out in August
Previous
Windjammers 2 Steam Demo Drops Tomorrow