Jump Force Is Coming to the Nintendo Switch in August

Bandai Namco’s anime cinematic universe epicenter, Jump Force is coming to the Nintendo Switch. It debuted on PC, PS4, and Xbox One in 2018 and has since pushed out an entire season of DLC characters and began with another. The game has had very mixed reviews, but if people are buying it on the Switch, hopefully they will not be surprised with what kind of game it is. If you just want to see your favourite anime characters fight it out on the same stage, then this might be your game. 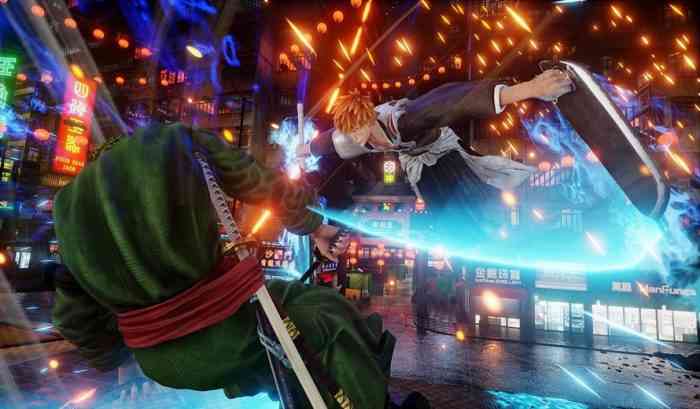 So is there anything different about the Nintendo Switch port? Yes and no. The Switch port is on par with the Deluxe Edition on other platforms. This means that it will come with the Character Pass 1 content. Since that is already released, the game will be bundled with Seto Kaiba, Biscuit Krueger, All Might, Majin Buu, Katsuki Bakugo, Toshiro Hitsugaya, Madara Uchiha, Grimmjow Jaegerjaquez, and Trafalgar Law. So, there isn’t any exclusive content, but the unique hardware of the Nintendo Switch allows for additional players in the same match. Using the joycons, there can be up to 6 players in one local multiplayer game, each with their own character on one of the two teams.

Jump Force on the Nintendo Switch is available to pre-order now, and the pre-order bonus is the same as on the other platfroms; the three exclusive avatar costumes from Dragon Ball Z, One Piece, and Naruto, Frieza’s pod as a lobby vehicle, and a starter pack of items. Jump Force is available now on PC, Xbox One, and PS4, and will be out on Nintendo Switch on August 28th. You can also check out our review to see what you’re getting into.

Did you play Jump Force on any of the other platforms? Let us know in the comments below.