While UFC 4 has already been leaked by PlayStation, the card for the upcoming UFC 251 featuring Kamaru Usman and Gilbert Burns also leaked the upcoming EA Sports MMA game. The event was originally scheduled to take place on June 6th in Perth, Australia but it has been moved to July 11th on a private island in Abu Dhabi and the card for the event included a new logo for EA Sports UFC 4 and a tagline for the official reveal. While there’s no confirmed release date for UFC 4, it’s either one of the final titles for the current generation of consoles or one of the initial lineup for next-gen. UFC 3 is available for the PS4 and Xbox One right now for fans of MMA to test their mettle in the octagon. 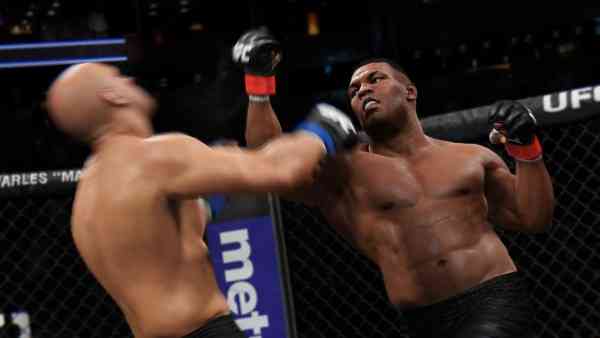 UFC 4 may have already been leaked by PlayStation but the fact that the actual UFC has leaked it with their latest card is basically confirmation that the game exists. While the title wasn’t announced during the recent EA Play digital event, we expect an official reveal very soon with these leaks already hinting to its existence. Are you curious what we thought about UFC 3? Check out our review here!

EA Sports’ UFC 4 is expected to be revealed during the July 11th pay-per-view considering the inclusion of UFC 4 on the official card. With the cancellation of E3 2020, gaming companies are holding their own events and it looks like EA is spreading out their announcements during various events beyond their own EA Play. EA Play focused on core gamers, with just a general sports montage covering EA’s various sports licenses, but doing big unveils during the sporting events is a great idea to tailor announcements to the sports fans as they’re usually the ones buying the games.

Will you be watching UFC 251 for the fights or the UFC 4 unveil? Let us know in the comments below!

Dragon Ball FighterZ Will Soon See Huge Upgrade: Rollback Netcode
Next
Five Nights at Freddy’s: Sister Location Located on Nintendo Switch
Previous
The Last of Us Part 2 Gets Review Bombed – Is Nothing Sacred?!