The highly popular Ultimate Fighting Championship gets its third EA Sports release in as many years with UFC 3 from the developers at EA Canada. The current popularity of the sport, mostly driven by last summer’s Mayweather v. McGregor boxing match, had me excited to jump back in after a brief foray with UFC 2 in 2016. The bare bones of this fighter are still the same, but there are a ton of new improvements and additions to its modes that makes it a must-have for fans while also going a long way to bring in newcomers through its simplistic controls and stunning visuals.

However, the only feature of the game that might not be as straightforward is the takedown and grappling systems. On your feet, players can kick, punch, and block their way to victory with a numerous amount of moves and combos that you can learn or equip in the various game modes. As I played my first few matches, I found the combat to be a bit sluggish but quickly learned that it was due to my own ability. Once you get going and learn the repertoire of move-sets and takedowns, UFC 3 opens itself up to an entirely new gamut of gameplay options.

I began by playing it safe and only using high damage moves like a swinging kick to the head to get the advantage on my opponent before I learned that a combination of different moves – from quick punch combos that drain an opponent’s block meter to a variety and high and low attacks that hurt different parts of their body – was the most ideal fighting style for me. Winning your first few matches is incredibly satisfying once you start to develop your tactics and truly feel like you deserved a win as opposed to nicking one by only playing defensively.

“UFC 3 is an EA Sports title that is made to attract more than just a niche, hardcore fan base of MMA enthusiasts and it’s all the better for it.”

While I found a sense of natural skill progression when on my feet, it was the takedown game that slowed UFC 3 to an unenjoyable crawl. No matter how much time I took learning the dark arts of the on-ground grappling maneuvers, it just never felt right on the controller. Think about how EA’s sports games, by in large, make the player feel like their controllers are just an extension of their hands by which their on-screen avatars react, and then think about what the opposite of that would feel like. There seems to be no rhyme or reason for when things happen when grappling or how one was able to get the better of their opponent. It’s all just a little too random to be enjoyable from a competitive perspective, especially when the rest of the game rewards great play with victory on a consistent basis.

It all culminates in two distinct experiences: G.O.A.T. Career Mode and Ultimate Team. This is where UFC 3 begins to shine, even past its solid set of mechanics. In the all-new Career Mode, players rise in rank as they start as a no-name fighter making their way to the big leagues and attaining fans, followers, and lots of money along the way. Like the career mode featured in Project Cars, the way this mode is set up in UFC 3 transcends the genre and is perfect for those who might otherwise never play these types of games.

I found myself getting visibly angry at my opponent, the match judges that surely cheated me, and just about everyone else after each lost match and screaming at the heavens in happiness after every victorious bout. Upgrading you character and putting points into different categories is standard fare, but the simple setup of the mode alongside its mechanics is what made UFC 3 so addicting, and the same can be said about its online equivalent.

Ultimate Team works as it does in other EA titles, with players unlocking new fighters to use in single-player or online divisions. The brilliance of such a mode in a UFC title can be appreciated when jumping into the online division wherein players can string win streaks and become defending champions of their weight class while doing battle against human opponents. This mode was made for UFC, or any sport that can fit the title-holder mold, as it turns closely contested matches into nerve-wracking finals. You can upgrade your four-man team roster by swapping and switching new moves and fighters but the UFC-variant of Ultimate Team works more as a fighter-focused affair than the team-building extravaganzas found in FIFA and other EA titles.

The best thing I can say about UFC 3, having not played much of the previous games and not being a fan of the sport, is that it has me constantly thinking about it – whether that’s how I need to improve my bob and weave game by using the right stick more often or planning out a Mayweather-like undefeated run on a new Career Mode save. UFC 3 is an EA Sports title that is made to attract more than just a niche, hardcore fan base of MMA enthusiasts and it’s all the better for it. 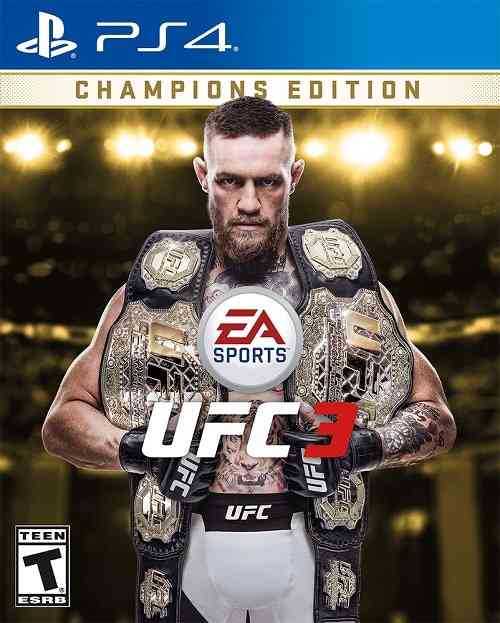