When a video game publisher has to renew their license on an IP, you are bound to get something like Transformers Battlegrounds. A trailer for the upcoming game was released earlier today, which does not really reveal that much, so it might be premature to judge this game. It is hard to tell what kind of game it is really going to be. However, the art style in the trailer bears a striking resemblance to Fortnite, which is probably no coincidence or accident. 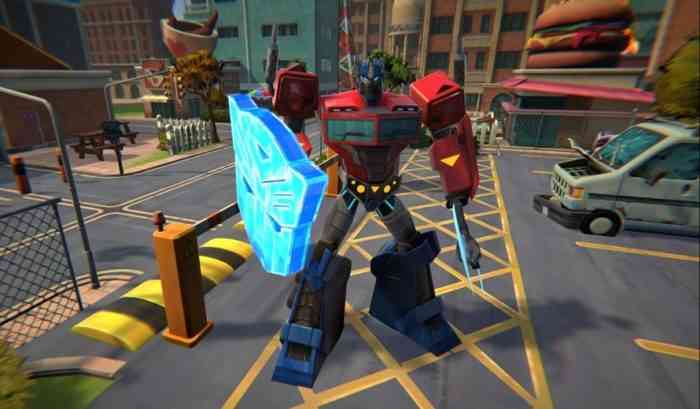 When Transformers picked up steam in the 1980s, the cartoon show was basically a half-hour long commercial for the toys. This trailer hearkens back to that time by serving a game that is really just a reminder that Transformers still wants your money. So, what exactly should we expect from this game? If the title and art style are any indication, it may be a battle royale, which might actually be the most interesting thing that a Transformers game could do at this point. If what we see in the trailer is actually gameplay, it might be a third-person shooter, like many Transformer games have been, though the movements look a little too mechanical (no pun intended) for a third-person shooter.

Will you be giving this Transformers game a try? Let us know in the comments below.