Season 3 Coming to Power Rangers: Battle for the Grid 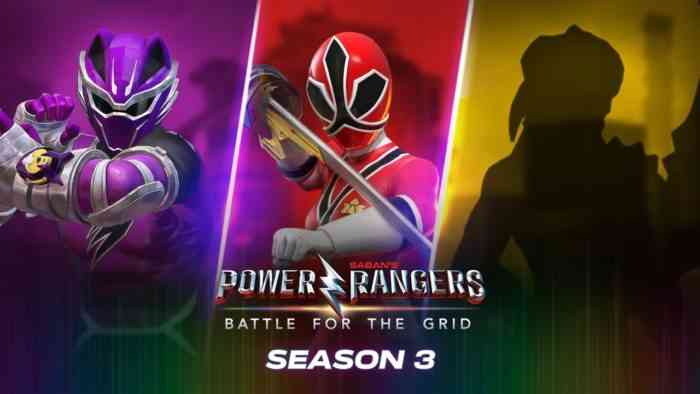 Robert “RJ” James, the Jungle Fury Wolf Ranger, Lauren Shiba, the second Super Samurai Red Ranger, and a mystery villain were all showed off during the season 3 reveal trailer. We’re looking forward to playing as Jungle Fury Wolf Ranger as Jungle Fury is one of our favorite seasons of the show. While it hasn’t been confirmed, the mystery villain is apparently Scorpina, a villain from the original Mighty Morphin Power Rangers. Fans have come to this conclusion by studying both the silhouette of the villain and the familiar laugh included in the season 3 trailer.

No new gameplay has been shown to give fans an idea of how the Jungle Fury Wolf Ranger and Lauren Shiba’s Super Samurai Red Ranger will play but we expect to see more soon since the new season is coming this month. Both of the new rangers are doubtlessly powerful new additions to the game and the three new fighters should change up the game as Power Rangers: Battle for the Grid fans currently know it.

Will you be playing season 3 of Power Rangers: Battle for the Grid? Let us know in the comments below!