The Power Rangers are one of the most well known properties in the world if only because they have been a staple of children’s entertainment since the early 90’s and still continue to be on the small screen. It’s the original Ranger’s that I grew up with, though, so seeing Kimberly, Jason, Trina(i), Billy and Zach getting the reboot treatment got me pretty amped up. The Rangers may look different and have a big, flashy budget to work with, but could they make the reboot an awesome outing for new and old fans alike? Not exactly, but that’s mostly because I don’t think they even know which audience they were aiming for.

The story is the same as you remember it. Five wildly different teenagers stumble upon alien devices that turn them into the Power Rangers. Shepherded by their alien sage and former Ranger himself, Zordon, the Rangers must train to save their town of Angel Grove (and the universe) from the destructive reign of the nefarious Rita Repulsa.

If you’ve seen the ad campaign for Power Rangers, you’ve seen the Chronicle-esque theme that they were aiming for. Quick note, the obvious correlation between Chronicle and this movie have been noted in a previous article, so I’m not going to dive into it here – but yes, it’s almost comically close. The trailer was gritty, dark, and promised a violent and adult themed take on a childhood favourite. This was also an obvious choice in the directorial style of Dean Israelite as he kept the lights low, the camera moving, and the colour palette subdued. The only thing that actually stood in opposition to the general feeling of the movie was that the writers seemed to have penned a completely different movie than Israelite directed.

“Power Rangers managed to be both a gritty reboot and a Saturday morning kids show simultaneously.”

Power Rangers managed to be both a gritty reboot and a Saturday morning kids show simultaneously. There’s a few parts where a fart joke gets made or Alpha 5 zanily comments on how crazy Earth’s culture is or there’s was even a Krispy Kreme reference that elicited laughter from the kids in the audience. The script was peppered throughout with these types of comments and even though their lives were on the line, you never felt like the Rangers were really in any actual danger. You know, like a Saturday morning kids show. On the flip side of things, there’s a fair amount of blood, Jason at one point calls Zordon on his ‘bullshit’, and the majority of the scenes with Rita were frightening enough that a couple of parents pulled their young kids out of the movie. It was very uneven and cause for some confusion from me as I couldn’t figure out if they were going to deal with a problem as adults or as an after school special. 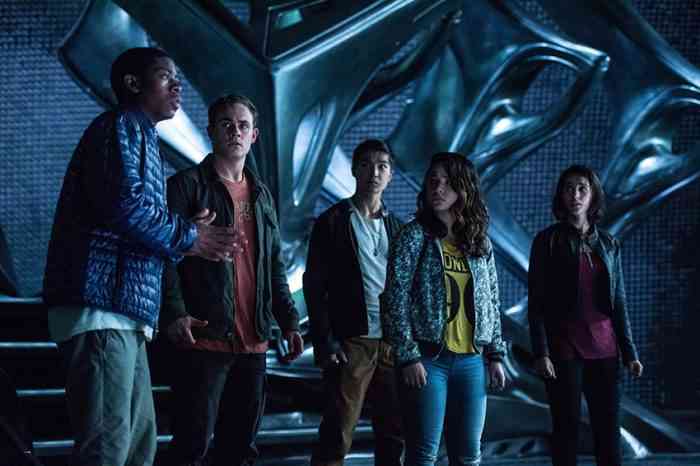 The Rangers themselves were actually great. Sure, they were still as archetypal as the roles in the show, but the actors themselves brought some real life to these characters. There were a couple of emotion tinged scenes where these angsty teens really opened up about themselves. Some of the problems were ageless, like a dying mother or a father who passed away, while others were more teenager problems like not knowing what to do with your life or getting bullied at school. It was these scenes that the actors really shone, though. You actually cared that these kids were going through some pretty rough times and that there are going to be teenagers who watch this movie and will be going through the same things. Being able to make these characters likable and relatable went a very long way to making the movie not only have an impact, but to actually balancing out the other big problem the movie had – pacing.

“Overall, the reboot of the Power Rangers is a perfectly fine film that does its job, even if it had a bit of a misleading marketing campaign.”

While they spent large swaths of time developing our heroes, everything else seemed to be on the chopping block. With a runtime of almost exactly 2 hours, it felt like there was about 40 minutes they diced out for the sake of keeping kids entertained. Training sessions, the development of Rita, Zordon’s back story, the Rangers learning how to be a team and the final showdown with Rita itself were basically just quick, chopped together footage from the extended scenes that were shot. While it certainly shortened up the runtime significantly, you can’t help but feel how hurried the movie is, how it’s just trying to get to the end before someone loses interest. Ironically, it’s the biggest thing that keeps you from being too invested in it.

So, what about the nostalgia factor? They actually did a great job with keeping the movie feeling like its own franchise while still paying respects to the original series. A comment here, a quote there, a name drop for good measure, a bizarrely timed placement of an electro-remix of the original theme song and older fans will get the nods to their childhood without their kids scratching their heads and asking what that meant. Elizabeth Banks is solid as Rita, making it her own while still keeping an element of the insanely obnoxious Rita from the series. Bill Hader’s Alpha 5 was criminally underused and relegated to annoying comedic relief, something I hope they remedy moving forward. Bryan Cranston was less amazing as an angry, cagey, Zordon, but I feel the wise sage that we were accustomed to and would actually give Cranston something to do will be making his appearances in future chapters. Yes, that does mean I can pretty much guarantee there’s going to be at least one sequel as long as the right box office numbers get hit. 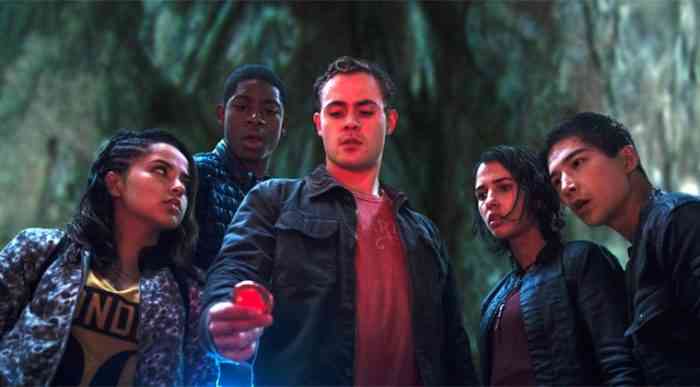 Overall, the reboot of the Power Rangers is a perfectly fine film that does its job, even if it had a bit of a misleading marketing campaign. Enough time is spent with our heroes to make us care for them and solid performances were turned in to address a lot of things that teenagers have to deal with without it becoming preachy. Tonally, it aimed for a dark and gritty take for the now grown up fans who watched as kids but ended up actually being geared towards their kids. Since it did end up being for the younger audience, the pacing of the movie is a little all over the place, making it feel disjointed but ultimately, gets you to your Zords vs. Monster finale. Personally, I feel completely middle of the road on this one. It was good for what it was but I honestly can’t bring myself to recommend it to anyone who doesn’t have a small human to bring along with them. Take that into consideration if you’re planning on seeing it this weekend. 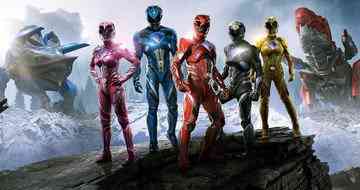