The Power Rangers have always held a special place in my heart. I mean, come on, who didn’t want to be Tommy with his righteous long hair and that kickass shield? Whose first crush wasn’t Amy Jo Johnson as the adorable pink ranger? Even now I’m listening to the Power Rangers Redux album by Ron Wasserman on Spotify as I write this review. He shreds it by the way. Yes, the Power Rangers nostalgia has swept me up in all of its yesteryear glory. Especially with the remake just around the cinematic corner.

With all the hype around the original teenage galaxy defenders I jumped at the chance to pick this one up. While I was excited to play MMPR: Mega Battle, I didn’t get my hopes too high for how it would turn out. What little story exists in the game closely mirrors what I (barely) remember from the original series. High school students come across a mysterious object and a disembodied, floating head in a bacta tank grants the group awesome powers to fight the forces of evil. I went back a few years ago to see if the show held up to how I remember it. It doesn’t. Do yourself a favor and don’t ruin a cherished memory by trying to watch it. You will only end up heart-broken.

“Its mild repetitiveness is lessened by the diversity of enemies thrown at you.”

The game is set up in chapters and each level in a chapter is meant to match an episode from the show. The level in the mall was particularly reminiscent of the series to me. Each chapter is comprised of three levels filled with an assortment of enemies to take out. It plays just like a side-scrolling fighter from the 16-bit glory days. You get to a section of a level, take out some baddies, and move on to the next section to do the same thing. Its mild repetitiveness is lessened by the diversity of enemies thrown at you. There are a lot more than putties to fight in this game, and they aren’t pushovers. I found myself outnumbered and overpowered several times. Every enemy attacks in different ways and, while button-mashing can come out, the game is more about patience and figuring out the fighting pattern of enemies. Waiting for the appropriate time to strike and using a variety of your own attacks is key to staying alive. 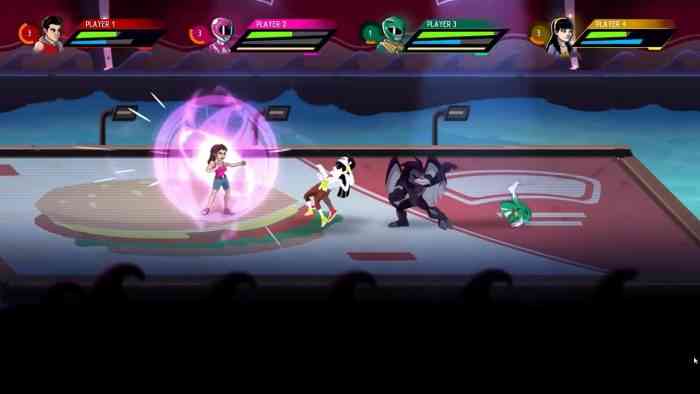 At the start of the game you have the chance to play as Jason, Billy, Kimberly, Zack or Trini. You can play as Tommy later after you’ve made your way through the story a bit. As you progress through levels and gain experience you can pick from substantial passive abilities and attacks. I was a little disappointed to find out that the whole squad didn’t roll with me and there is no online co-op play. If you have a friend or three on hand you can play local co-op and, theoretically, combine for some powerful team attacks, but I didn’t get any first-hand experience with that.

“If you should fall in battle, you are transported back to the beginning of the level without your suit or the powers that come with it.”

Mighty Morphin Power Rangers: Mega Battle can be frustratingly difficult to manage at times. The first few character levels are a bit of a grind to gain. Simply hitting your target enemy can be a challenge. If you should fall in battle, you are transported back to the beginning of the level without your suit or the powers that come with it. You are forced to fight as an everyday teenager to gain enough energy back so you can suit up again. After you get into your suit and gain enough energy again you can enter super mode, which lets you attack faster than normal and pull some impressive moves. 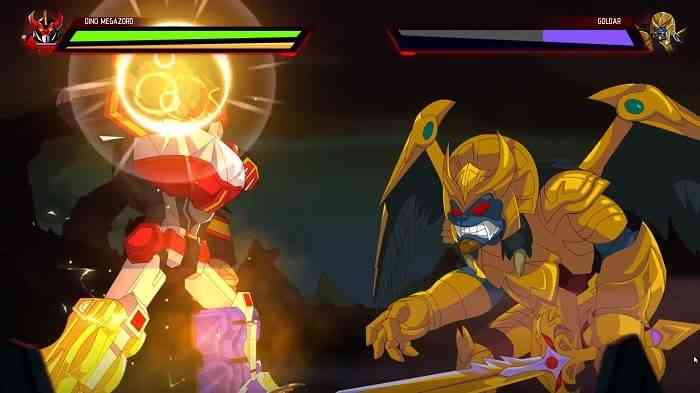 Bamtang took an interesting three-part design for the boss fights in the game. The first part is a straightforward, classic fist fight with the boss. The second part takes place in the zord’s tank mode. It’s an odd arcade style shooter that requires you to hit targets followed by shooting projectiles from the boss. The last part takes place as the Megazord with some quick time combos. The damage you do and experience you gain depend on your accuracy and speed hitting the combinations. At first I didn’t like the quick time approach, but if you hit all of them perfectly it creates quite a spectacle.

“All in all, there is very little replay value here.”

After beating the story, a few extra modes open up. There’s a theater mode to watch all the cut scenes in a short binge. Boss Rush mode pits you against each boss in timed succession either as a ranger or the Megazord. You can train co-op with up to three other players in a Battle Royale at the Angel Grove Dojo. Rita’s Tower progressively throws more enemies in waves as you go higher in the tower. All in all, there is very little replay value here.

I was pleasantly surprised with how Mighty Morphin Power Rangers: Mega Battle turned out. If you have fond memories playing Power Rangers at recess or if you’re getting hyped for the upcoming reboot, this is a good addition. It’s short, fun and capable of inducing the occasional rage quit. It’s morphin time! 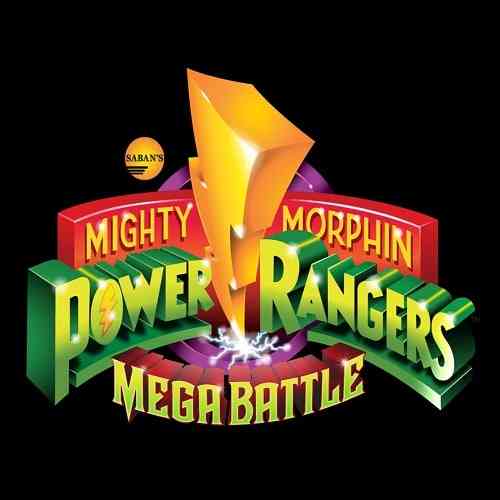 Taiko No Tatsujin: Rhythm Festival Switch Review – Become A Taiko Master
Next Tales of Berseria Review – Great for Fans, If You Can Get Past the Dated Visuals
Previous RWBY: Grimm Eclipse Review – Mediocrity With a Small Side of Fun