Tales of Berseria Review – Great for Fans, If You Can Get Past the Dated Visuals

I haven’t always been a Tales fan. I got hooked with Tales of Symphonia on the Gamecube and decided to try the older Tales of Phantasia after that. I found those titles and the games in between to be great stories of personal growth for the main character; however, they seem to follow a fairly basic formula: protagonist lives in a quiet village, great calamity occurs centered around the protagonist or someone close to them, protagonist is forced to leave the village and embark on their quest. Tales of Berseria follows that exact same recipe for the character of Velvet, a determined young girl who experiences a great betrayal and focuses on taking down the one who betrayed her. Of the Tales games I’ve played, she is definitely the most Byronic protagonist, not held back by inhibitions of mercy on her enemies and completely jaded to the world since the betrayal.

Her devil-may-care attitude is sort of refreshing for the series, even if her exposition was fairly rote. Velvet doesn’t mull over moral quandaries like many of our previous heroes, she decisively acts on her best interest. The cast of characters she surrounds herself with are not there for emotional support but rather out of convenience to achieve her ultimate goal. As a player, you sometimes have to wonder if you’re playing the hero or the villain. All of this contributes to why I like her persona so much. She isn’t boring or predictable (well maybe a little predictable, it’s a Tales game) and is completely competent, albeit overly emotional when it comes to her goal of revenge. It just seems a shame that Velvet is such a departure from the norm in the series when the story, world, and gameplay in Berseria all feels the same.

“Aside from the stunning, fully animated cut scenes, the visuals feel right out of the PS3 era, if not earlier.”

First, the core gameplay is a slight variant on the linear motion battle system found in Tales games. While still based on varying degrees of artes and elemental attacks, it’s mainly focused on chaining combos while spending souls to perform artes. The number of souls you start a battle with varies on your items and skill level, but you can gain up to five by killing, stunning, or parrying enemies. I really like the soul system since it means you start every battle with the same potential; no mana or talent points that can only be recovered with gels or resting. Similarly, all characters start with a talent that recovers health after defeating enemies, meaning you can spend more time in the fields rather than heading back to an inn after every few wild encounters. It seems like the Tales team but some real effort into a fresher battle system, which is why it’s such a shame that the rest of the engine feels so old. 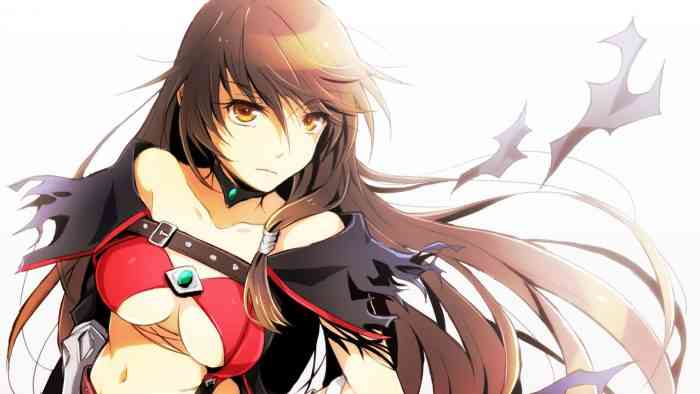 Aside from the stunning, fully animated cut scenes, the visuals feel right out of the PS3 era, if not earlier. Some of the character models could easily have been from Tales of Symphonia for the Gamecube. In fact, I believe many of text boxes and fonts are directly from that era. Battle animations seem to have improved, but moving around towns feels so jarring when citizens are static or the detail in a dungeon seems seriously lacking. Compared to something like Xenoblade Chronicles on the 3DS, it’s really strange that Tales of Berseria looks and runs the way it does in this generation of games. Not only are the visuals a blast from the past, many of the world mechanics don’t really hold up in modern gaming vis-a-vis arbitrary save points, no fast travel between major hubs, and far too many collectables.

I can let the collectables slide since that’s only a minor annoyance, but the lack of free fast travel between city hubs artificially inflates your playtime since you’ll need to slog through the fields constantly. I say “free” fast travel because there is a consumable that allows you to warp to a city, but it’s prohibitively expensive early on when you need to save gald for food ingredients and gels. I understand the importance of grinding the fields in a JRPG, but that should be a choice for the player to make. Speaking of player choice, many modern games allow players to save when they please. There are of course exceptions when the game tries to be particularly punishing, but save points in Tales of Berseria seem like a relic due to the similarity of their predecessors. There is a quick save option to allow you to save and quit when you need to, but often you are out in a field or in a dungeon and just want to save all of the skill shuffling and battles you’ve undergone. The lack of a convenient save feature doesn’t break my overall enjoyment of the game, but it does add to some frustration that detracts from the core of game. 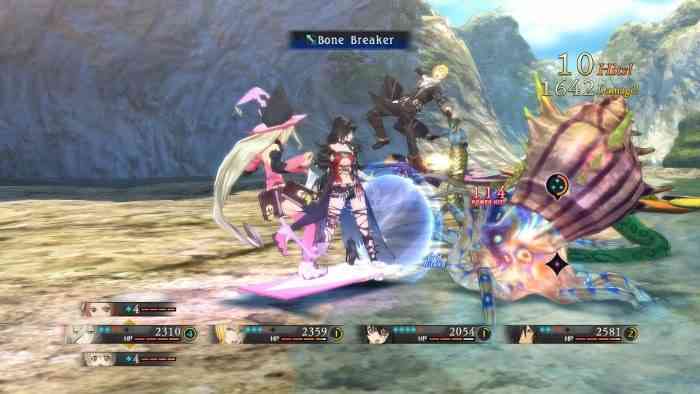 Fan of the series will notice many nods to the previous titles, but it isn’t necessary to have played all or any of the Tales games to enjoy Tales of Berseria. Still, I don’t see this game appealing to many players who aren’t already fans of the series. Many newcomers would likely find the dated visuals off-putting while fans will probably appreciate the unchanging aesthetic. True to the series, Tales of Berseria relies heavily on its story telling and does as a good as job as any of its predecessors. 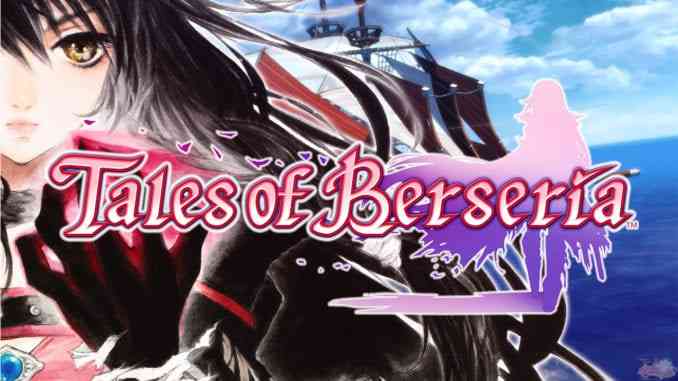