Eagle eyed Minecraft fans have noticed something about Minecraft: PlayStation 4 Edition, which is on its 2.06 update. According to the changelog history, PSVR support has been getting improved over the last few updates. Minecraft: PlayStation 4 Edition currently lists the VR support as “PSVR Feature Completed,” so an announcement for the feature may be coming very shortly. Internal testing for PSVR support apparently began back in April if the changelog is to be believed, with the latest updates finalizing the feature. PSVR is available exclusively for the PS4 right now, with Minecraft being available on across countless platforms. 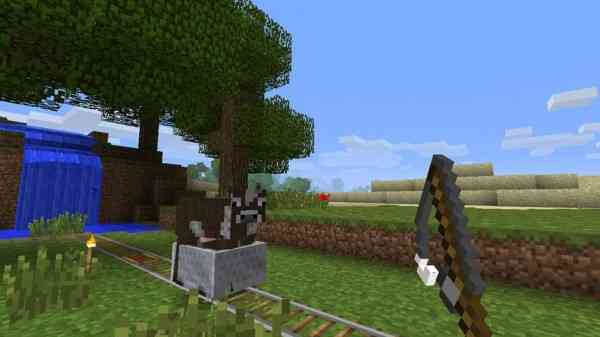 The Minecraft: PlayStation 4 Edition update 2.06 is apparently still a beta version of the client according to the ID name. While the PSVR feature hasn’t been confirmed yet, the changelog suggests that the team has been working on the feature for several months now. Internal testing seems to have began in April according to the changelog and there was another update focused on the PSVR support in May but now that it’s June, the feature is apparently complete and ready for an upcoming announcement.

Considering the changelog claims that the PSVR feature is completed, we may be getting a huge Minecraft update that shadow drops the feature for PS4 fans to enjoy. The update is available across the the North America, Europe, and Japan clients, but other regions may have to wait a bit longer. Nothing regarding PSVR support has been officially announced but according to the changelog, developers are exploring the feature and may be releasing it soon. It’s currently unknown whether or not Microsoft owning Mojang will prevent the PSVR feature but considering there’s no Xbox VR, it seems unlikely.

Do you want to play Minecraft on PSVR? Let us know in the comments below!