Call of the Sea Unveiled During Inside Xbox

Out of the Blue joined many other developers announcing their next-gen titles during the recent Inside Xbox Series X games showcase with their upcoming puzzle game, Call of the Sea. The Sea of Thieves esque graphics in Call of the Sea are powered by Unreal Engine 4 but the island it takes place on seems otherworldly and mysterious. The game is set in the 1930’s and the players will play as Norah who is looking for her missing husband while exploring the island. This upcoming indie title will be releasing for Xbox One, Xbox Series X and PC and it will be joining the extensive Game Pass lineup when it releases, though no date has been set yet. 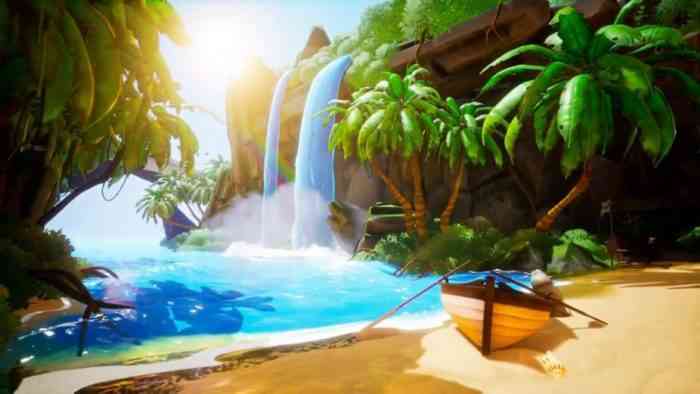 Out of the Blue is a Madrid-based developer coming literally out of the blue with Call of the Sea as their first title. The mysterious indie puzzler was surrounded by other quality looking titles on the recent Inside Xbox but it looked just as good as the others and we’re glad to see it’s joining the Game Pass lineup. Grounded was the most recently unveiled title coming to Game Pass day one but with the recent announcements, Xbox continued to emphasize their support for the subscription service. Red Dead Redemption 2 is the most recent big game to join the lineup and if you’re curious what we thought about it, check out our review here!

While Norah is trying to locate her lost lover in Call of the Sea, the narrative is apparently focused on self-discovery. “When you left, I was withering away, but here on this extraordinary isle,” said the narrator of the Call of the Sea trailer and likely the voice actor of Norah. “I dare say I’ve found my strength again. I’m scared of what it means. I feel the cool of something deep within. Whispers of things long forgotten. Will we be forgotten too? What did you find here Harry?” Norah apparently saw this island in her dreams and has somehow ended up on it, with mysteries being uncovered from one puzzle to another.

Will you be playing Call of the Sea on the Xbox Series X? Let us know in the comments below!