Gamescom 2020 Is a Digital Showcase

Organizers Koelnmesse and Game, The German Games Industry Association, recently announced on Twitter that Gamescom 2020 will be moved online. The physical version of Gamescom 2020 was cancelled due to the banning of big events until the end of August implemented by the German government. Gamescom: Opening Night Live has been officially announced as the replacement to the event and it will be hosted by industry figure Geoff Keighley. The digital event will be streaming live on Monday, August 24 to make up for the lack of a physical event. 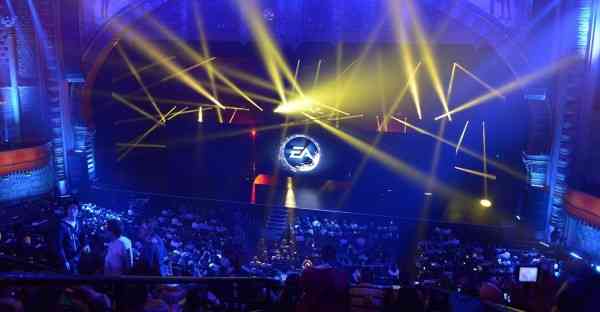 It’s official: unfortunately, Gamescom will under no circumstances take place on site in Cologne this year. Just like many of you, we are disappointed, because, as the Gamescom team, we have been working on a wonderful Gamescom 2020 for months, just like the many exhibitors. However, it is also quite clear to us that, in the face of the corona pandemic, we must stand united,” said the statement from the Gamescom team. “We are, however, already working at full speed on a digital Gamescom. It is, after all, the world’s biggest event for games and that’s what it should be again this year.”

“One thing is certain: this year too, Gamescom is and will remain ‘The Heart of Gaming,” continued the Gamescom team statement. “We will reveal more about this in the next few weeks. Until then, stay healthy and don’t forget to #StayHomePlayTogether.” With the cancellation of another big gaming event, we’re expecting to see even more cancelled and/or moved online for fans to enjoy digitally. It’ll be good to see so much of Geoff Keighley this year, with the host working with Steam to bring a Summer Game Festival to their platform as well.

Will you be attending Gamescom this year now that it has moved online? Let us know in the comments below!

God of War Ragnarok Launch Date May Be Revealed Later This Week
Next
Upcoming Fortnite X-Men Costumes Leak on Twitter
Previous
Observer: System Redux is Coming to the Next-Generation of Consoles