With the lack of NFL to show off due to the COVID-19 pandemic, ESPN2 has opted with airing Madden NFL in-game footage. Madden NFL and the NFL both offer the same roster and the game mimics real-life plays, with more flexibility in match-ups and graphics that some viewers may see as comparable to the real thing. Madden NFL blends the esport elements that have been added to ESPN over time with the real-life action NFL fans can expect to see on the football field. Madden 20 is available for PS4, Xbox One and PC right now. 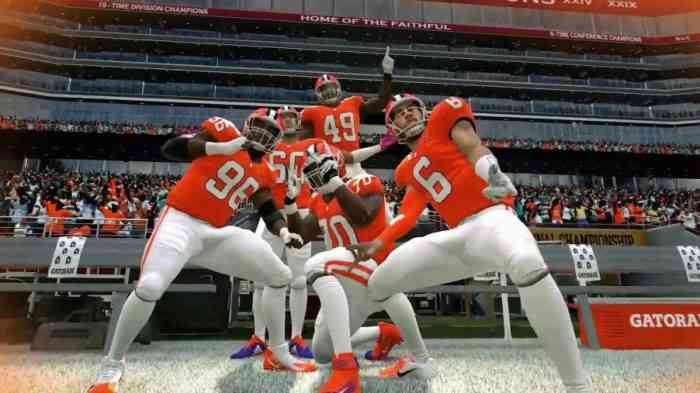 ESPN2 has previously aired charity Madden NFL 20 tournaments, a few episodes of the Road to Madden Bowl mini-series and the Madden Bowl Last Chance Qualifier so they’re no strangers to rolling Madden footage. ESPN has been getting progressively more into the esports market and the dedication to rolling Madden NFL footage further shows their dedication to evolving with the times. The real-world NFL draft recently took place, with the Buccaneers getting many great acquisitions and fans of the drafting aspect of the sport can build their ultimate team in Madden 20.

The Kansas Chiefs reinvigorated the love of football into the hearts of many NFL fans over recent years and it seems as though 2K has been equally inspired by them, announcing that they’ll be making NFL games once again. While NFL wouldn’t be airing quite yet without the global pandemic, it should be returning soon if not for the limitations sporting events face in the changing world. It’ll be interesting to see what other simulated sports will air on TV in replacement of the real-life events that are being cancelled for the health and well-being for fans around the world.

Which sports game would you like to see included on ESPN2 next? Let us know in the comments below!