Continuing their freebie collection, the Epic Games Store has added The Stanley Parable and Watch Dogs for PC gamers to download free of charge. Gamers can download both titles between now and March 26th, when they’ll be replaced with Figment and Tormentor x Punisher. Anyone who’s under quarantine will be able to fill their days with gaming quite easily if Epic Games has anything to say about it. While Watch Dogs is only a freebie for PC gamers right now, people can find the Ubisoft title on PS4, Xbox One, PS3, Xbox 360 and Wii U. 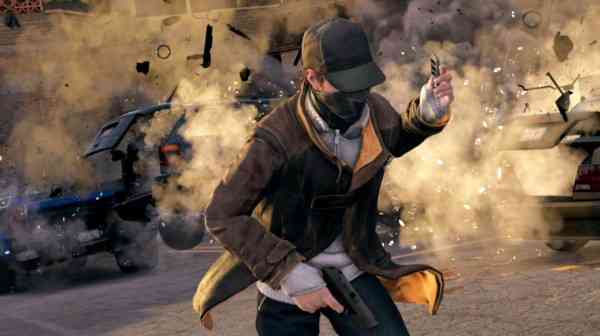 Ubisoft’s Watch Dogs is a hacker themed title where gamers take over established criminal Aiden Pearce as he hacks his way around a futuristic Chicago. Aiden’s hacking techniques can be used to blow up gas lines, shut down the electrical grid, create blockades during high-speed chases, get intel on NPC characters, change traffic lights and much more. While it didn’t release to high acclaim due to some marketing issues, we still really enjoyed it. The title has aged quite well and is a great way for new fans to get on board with the series before Watch Dogs Legion releases later this year.

The Stanley Parable follows the contradictory journey of Stanley, unpacking the chaotic world slowly as gamers progress through the story. This award winning indie title is also expected to appear on consoles eventually but it’ll be free this week for Epic Games Store users.

Are you curious what we thought about Watch Dogs? Check out our review here! Will you be downloading Watch Dogs or The Stanley Parable first? What Epic Games Store freebie have you enjoyed the most? Let us know in the comments below!

The First Big Watch Dogs: Legion Update Arrives Tomorrow
Next
Razer Manufactures Surgical Masks for People in Need
Previous
There Could Be a Minecraft Dungeons Delay Due to COVID-19