Watch_Dogs (PS4) Review – The Hype Meets the Expectations, This Game is Amazing

Watch Dogs has a tremendous amount of hype to live up to. Its unveiling last year (and subsequent delay) caused ripples throughout the gaming community at large. Well it’s finally here and, boy does it ever live up to the hype. Open-world games such as Watch Dogs have to do multitudes of things well in order to excel. Watch Dogs hits a near perfect sweet spot of blending elements like on foot controls, driving, gun play and story together.

Comparisons to the Grand Theft Auto (GTA) series are inevitable. Watch Dogs is perhaps less over the top than GTA but is rooted in a very current scenario making the narrative all that more compelling. We live in a world today where our personal privacy and information is at risk. The exposure of the National Security Association’s PRISM surveillance program, Wikileaks and the ongoing Edward Snowden scandal have proven that such scenarios as put forth in a game like Watch Dogs are not out of the realm of reality; perhaps not to the extent that the game implies but its timing couldn’t be better.

Like GTA, you will constantly be tempted to stray from the main story. In fact, that lure is stronger than ever. I defy anyone to try and play the campaign missions alone. There is no shortage of side missions, activities, collectibles or things to do. Want to gamble? Fight crime? Play drinking games? What about an augmented reality mini-game or digital acid trip? Or just plain see the sights and learn about Chicago’s history? Hell that hardly begins to touch on the amount of things to do. There’s so much to do it is almost overwhelming. The blur of the tutorials, progression trees and menus is intimidating at first but you’ll be hacking like a pro with a little practice and patience. 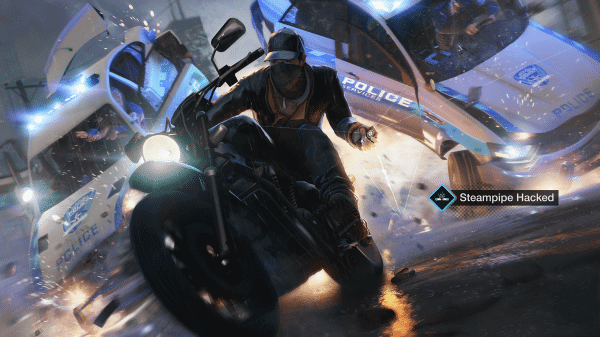 A minor issue is how several of the side missions are presented. Side missions often pop up onscreen if you’ve hacked and found something interesting on someone’s device with a prompt to place a waypoint to that mission. You don’t have to do any particular side mission right away. They just show up on your map to complete later if you don’t opt for the waypoint. There is just so much else going on, by the time you do any single side mission the context with which it was presented is forgotten. Hardly a point of criticism, I know, but they are few and far between.

The story itself in Watch Dogs is entertaining with plenty of twists and turns that one might expect. Attempting to play Watch Dogs like you’ve played other open-world games will likely result in untimely deaths and numerous failed missions so run and gun isn’t the way to go here. Not defaulting to habits learned from other games is also key. The different scenarios faced by protagonist Aiden Pearce require assessment and a decision on how best to go about achieving your goal using the infrastructure and tools available to you. There are always multiple means to an end. You can go full Splinter Cell in a room of bad guys and take them out silently, one-by-one if you want. Or you can employ more high tech means and not engage the bad guys at all. Splinter Cell actually, is a good benchmark as to how one might approach playing Watch Dogs (another Ubi game, fancy that).

Another example of unlearning and applying new tactics is during the driving portions of the game. In other games you simply have to out-drive your adversary to take them down or get away. Here that isn’t good enough. You have to fully utilize hacks to be successful in getting out of chases. This is not unlike racing games like Split Second or Blur and every bit as satisfying when you take out your adversary. Hacks can even be used to bring a stealth mechanic to driving. That’s something I don’t know if I’ve seen before. In the end, whatever the situation, it’s all about the hacks. 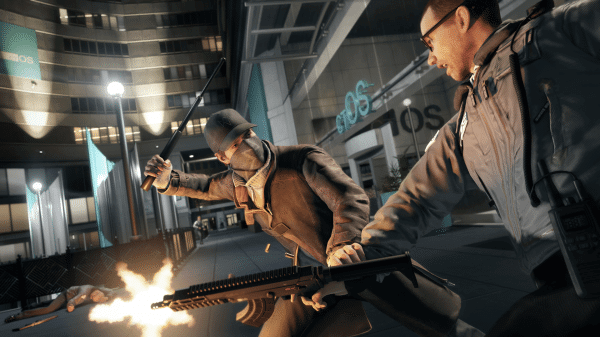 Watch Dog’s driving mechanics are amongst the best I have ever encountered in an open world game like this thanks to help from UbiSoft Reflections (the dev team from Driver: San Francisco). Not only do you get a full in car view that exceeds that of some dedicated racing games, the cars themselves are very, very drivable in environments that are well populated with other cars, objects (construction for example) and people. You can’t always rip flat out. Cars take quite a good amount of damage before succumbing and expect lots of instability in how a car handles if you’re constantly going up on curbs driving like a mad man.

What is really cool is that while the abilities at your disposal are immensely powerful you still never quite feel indestructible. There is always a sense of vulnerability. As you silently invade the lives and bank accounts of people you pass on the street there is a palpable sense of risk. This is also where Watch Dogs attempts to blur the lines between solo and online play. Real players can hack in to your single player game and initiate a brief multiplayer exchange where you must stop them from stealing your data (or vice-versa). I’m interested in seeing how these exchanges fare amongst the gaming public. They were fun diversions when it happened to me. It messed with my mind at first. I wasn’t sure if it was truly a real player or not. I could see this getting frustrating for some though. Certain NPC civilians are the triggers for these events (you’ll figure it out pretty quickly).

Other online modes include online vehicle races (both cars and bikes), a team based capture the flag type of mode and an online free roam for up to eight players. I’m interested in seeing what creativity comes from the online community in this free roam and whether it will match some of the genius we saw out of GTA5. Check out Rooster Teeth’s Things To Do videos on their YouTube channel for an idea of what I’m referring to. The potential for the free roam mode is high.

Despite the fact it says 1080p on the box we’ve all read online now that Watch Dogs resolves at a native 900p on the PS4. 900p, 1080p, 792p, it doesn’t matter. Watch Dogs sets the benchmark for visuals on the new generation of consoles. Frame rates are super smooth and there are few, if any hiccups or screen tearing that you sometimes see in other games. This makes for silky smooth controls no matter if you’re wandering the streets, trying to set a new Cash Run time or racing in a car. The worst example of graphical pop up I found was cars popping in a ways down the street despite the environment being already drawn in behind it. Not once did this affect my enjoyment of the game.

Step in front of a projector and the image not only appears but distorts to the shape of Aiden’s body. A subtle focus effect blurs car interiors slightly which provides a cool sense of depth and keeps your attention on the road. These sorts of things don’t have a ton of bearing on the game play but such strong attention to detail helps create a believable sense of immersion in to the game world. Not only is Chicago huge, it’s alive. Do yourself a favour and just walk around the game world. Literally take in the sights. You will be impressed. 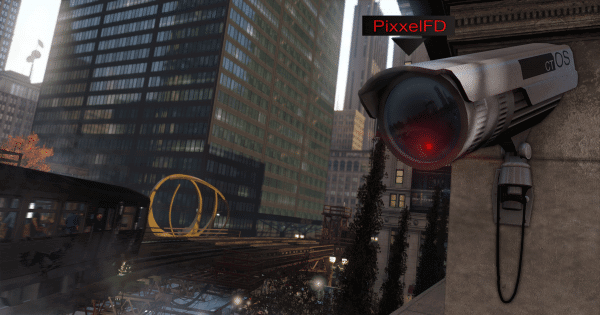 Voice acting and video games have gotten to the point where solid voice acting is the norm these days. More criticism seems to be paid when a game doesn’t have good voice acting than praise when it does. The sheer amount of voice acting here is impressive. Sure, play long enough and you’re going to hear repeated conversations but everywhere you turn there are unique phone conversations or camera feeds to be invaded. I’m convinced I heard both Howard Stern and Mr. T amongst the civilians in and around the city. Watch Dogs’ soundtrack sort of plays cue to how you are supposed to play certain sections and all in all does a good job of setting the atmosphere throughout the game.

I know a game has really gotten my attention when I go to bed thinking about it after playing and then talk my wife’s (who is not a gamer whatsoever) ear off in the days that follow. A hot topic in our community lately has been the increased cost of games in Canada (most games are now $69). Regardless of price point I guarantee you will get full value for your dollar with this game. I struggled to find any significant faults. Watch Dogs gets about as close to a perfect score that I’m comfortable giving. If you are on the fence about this game, don’t be. This is the game that makes spending that hard earned money on a next-generation console worth it.