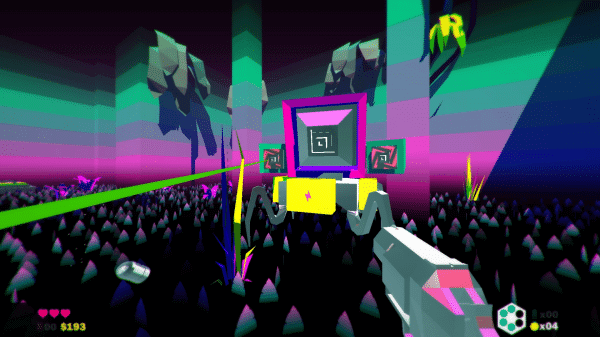 An indie FPS game with old school visuals, Heavy Bullets challenges players to reset the security mainframe while rushing through wild glowing passageways. To survive in this roguelike game, you must travel with caution and make smart use of your supplies.

The game play of Heavy Bullets sees players crawling through 8 levels navigating a labyrinth and slaying creatures all while repairing broken security features. Ammo is scarce, but as the title of the game suggests, bullets are hefty and upon being used can be recovered. Careful planning and on the spot thinking will keep you alive, but there is no two ways about it, this game is challenging. At the end of each level, you’ll come across a green hatch. Upon dropping through this you’ll advance to the next stage and by extension be that much closer to the end goal, a promise of $5000.

When beginning the game, you are given a very small amount of health. Despite the name of the game, running and gunning will generally get you killed. Though many of the enemies can often be killed with a single shot, it is the fear of missing and running out of the ammo that persists. Trying to frantically pick up ammo while being gnawed on and inevitably killed is all kinds of scary. Besides basic creatures, turrets do pose a threat quite frequently. The only way these can be destroyed is by sniping their green glowing power box. Though it may sound obvious, these power boxes are often difficult to get an angle on, and between fighting off the regular minions and dealing with these turrets, you can expect frequent deaths when learning the ropes of the game. To help turn the tables in your favour, you can toss bombs that you occasionally acquire. These can often be the difference between your passing and your survival.

During your adventures, you’ll accumulate coins. These coins can be used at one of several vending machines you’ll find scattered around each stage. You can purchase upgrades for your attributes, and different bombs and bullets. Medbays also pop up from time to time, allowing you to heal yourself on the spot or upgrade your maximum health. In the case that you want to save your cash, you can deposit it into a bank. By doing so, this keeps your cash safe in the case of your death. 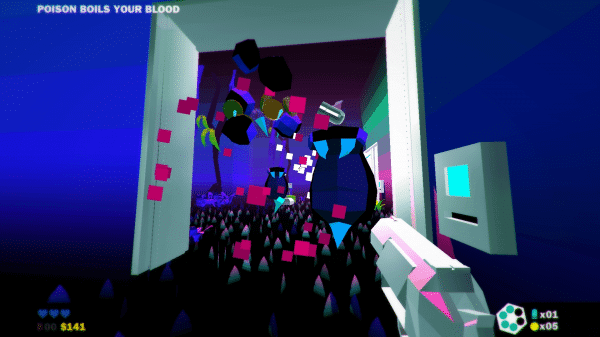 Through its use of old school graphics and sound, Heavy Bullets captures the retro game vibe. Environments are comprised of blocky arrangements, and sharp edges. The colours are bright and the design of the trees and plants offer some variety in its visuals. In many ways, the visuals in Heavy Bullets reminded me of old TV shows I had watched as a child, like Reboot. The audio consists of electronic background tunes, alongside distorted pops upon firing your gun. The creatures in the game let out occasional growls and shrieks much like the groans and growls you may hear coming from the enemies in Minecraft.

Each level is generated from a set of different room templates, but it really doesn’t take long for the game to feel repetitive. Though the rooms are generally different in some way, the visuals in Heavy Bullets just don’t change all that much past stage one. Overall you’ll find journeying through the world of Heavy Bullets doesn’t really offer too much in terms of variety.

Venturing further into the labyrinth brings on increasingly large amounts of foes, and they increase in difficulty simultaneously. As mentioned earlier, this game doesn’t have much mercy. The enemies don’t take any prisoners, but it should be noted that their intelligence is really nothing to phone home about. Literally every time I would approach an enemy, they would blindly charge into me, and if there was a corner in between me and them it was game over for them. They would get hitched up and couldn’t navigate around it if their life depended on it, which it did.

Heavy Bullets is just coming out of its beta with a few tweaks left before it reaches its complete form. Though the game is fun and its mechanics are unique in recovering bullets during combat, Heavy Bullets suffers from repetitive design and poor AI programming. Still, if you happen to be a big fan of roguelike dungeon crawlers and retro looking games, check this title out as there is some fun to be had. 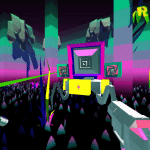 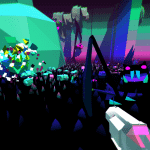 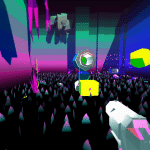 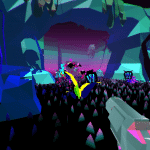 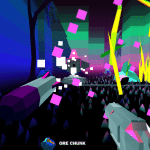 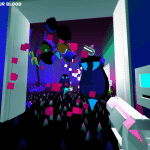 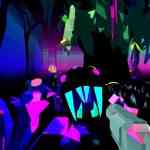 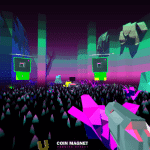 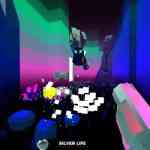 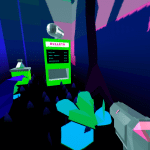