I have been following the rumblings of Always Sometimes Monsters for some time now as this title was one of those six degrees of separation situations for me as I have friends of friends who know the people behind this title and I am vaguely acquainted with the developers themselves.  Going into this review I knew it was a game of choices where each choice may not seem all that important at the time but each one could affect the outcome of larger events and ultimately the consequences (good or bad) of those choices.  This game initially appealed to the nostalgic side of me as I have read a lot of ‘choose-your-own-adventure’ books in my youth, and the concept behind the game greatly reminded me of these.  Now with the books you could always skip back to other places to get the outcome you wanted, but from the serious tone that Always Sometimes Monsters impressed upon me it is that “gaming” does not allow you the chance to go back and try other choices like I did when reading the aforementioned book.

The world of Always Sometimes Monster starts in Dubstown, not unlike the towns we live in now with a variety of shops, homes, slums, businesses, factories, bus stations and various people that populate the town. The world is dark, dirty and full of grit, much like the real world which I felt the creators were striving for. The story starts you off on a high you land a publishing contract which has everyone around excited for you; however, as a year passes and you unable to produce your end of the bargain and you are left with less than 24 hours to produce 500 dollars to pay rent with only 13 dollars left in your bank account.  Here begins the part where real choices need to be made such as how to make some money, whether or not to help a neighbor or friend, or should take a job with an employment agency.  Not knowing how these decisions would play out in the game is much like the uncertainty of real life, and sadly in my situation I end the day evicted, out on the street and scavenging for food. 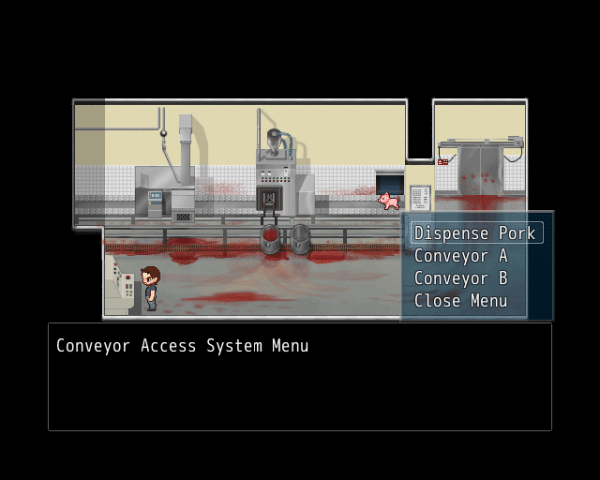 After a lovely night of slumber in the alley next to my apartment building on what could only be a bed bug, urine stained, and most likely vomit plagued mattress, I started out on the monotonous task of going to work and making some money to get access back to my apartment.  I want to stress the monotonous part of the work as it is repetitive, and let’s be honest here, a little bit on the boring side. The tasks performed usually involve standing around taking tickets, hitting buttons on a computer or moving boxes back and forth, and all actions are controlled with the arrow and enter keys. Suffice to say there is a lot of repetitive button pushing.  In addition to a boring job, there is also some pretty heavy stuff which happens including a friend overdosing on drugs, my ex-girlfriend inviting me to her wedding (only a year after we split up) and my publisher cancelling our deal.

Sounds like a pretty rough life to some people, but to be honest I had a hard time empathizing with the character as the life that he was living wasn’t all that bad.  Sure, he got kicked out of his apartment for a few days but eventually he was able to pay rent, eat some decent food and have some friends willing to help him out.  Having lived on the edge of poverty myself the game lacked a certain level of depth in the portrayal of a down and out member of society.  Honestly, all this character had to do was write a book and collect his cheque, but he was too busy having a self-pity parade because he was dumped by a girl. Sure, you’re in love and it hurts but shouldn’t stop you from doing the basic day to day functions to live.

Aside from the main storyline there are quite a few in jokes in the game with characters appearing in the game like Reve Stilly (Steve Tilley), Justin and Jake (the creators) and the friend I spoke of in the introduction who makes an appearance as a Pharmacist. All of these characters in the game have some humorous quotes that they say or tasks that they perform. Adding this personal touch for gamers in the know is awesome and this attempt to reach out to the community should be applauded.  The substance of the game, making choices and following the story, is a bit of a mixed bag.  From one perspective this could be hard hitting emotional ride; however, if you are like me on the other side of the spectrum you may not necessarily see the negative angle that is being portrayed due to looking through jaded glasses. 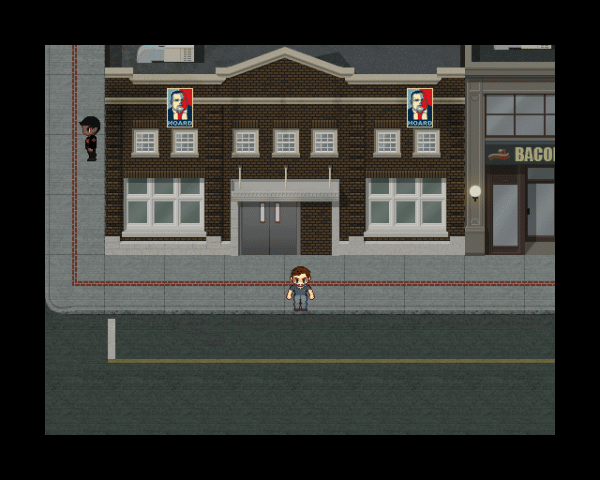 Artistically, Always Sometimes Monster is a gem and I appreciate the modern take on the 8-bit style of some of my favourite RPG’s growing up like Dragon Warrior, Final Fantasy, Secret of Mana and Chrono Trigger. One title that Always Sometimes Monster especially reminds me of is Earthbound as it is an RPG that takes place relatively in modern times.  The game takes a much more realistic approach with garbage cans all over, litter on the streets, dirty buildings, dirty people, filthy rooms and just about anything that you would come across in the wretched side of reality. The atmosphere that the art conveys of the darker part of the world strikes true and aids the overall tone of the game.

Another strong point in the title would have to be the music which has been composed by a group of musicians called Laser Destroyer Team (by the way you can buy the soundtrack along with the game in a bundle on Steam or at the link HERE ). Much like the art the music adds to the overall atmosphere with the electronic 80s feel, a time some feel was the last decade of great music. Whether that is true or not the music is wonderfully composed and does its job admirably to cultivate emotional responses at the key moments be it walking the streets, working the factory line or during conversation with other characters.

I was asked a few times as I was playing how it was, and each time I answered “interesting”; this game was always sitting on the edge of something new and different.  I found myself strangely captivated to find out what would happen next in the game if I just put in a few more hours and I often wondered what the outcome would be if I had made other choices.  I guess, in a sense, this game has the ultimate amount of replay value but I don’t think I can muster myself to give it another run through.  Even though this game did a good job at focusing on choices, relationships, and the outcomes of the decisions you make, the simple controls and monotonous tasks really ruined it for me in the end.  Overall this game will find an audience, but to tell you the truth it’s going to be a hit and miss affair if you will be the one that the game is meant for. 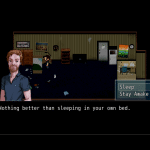 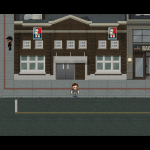 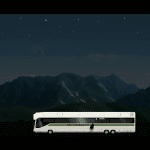 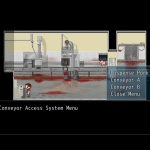